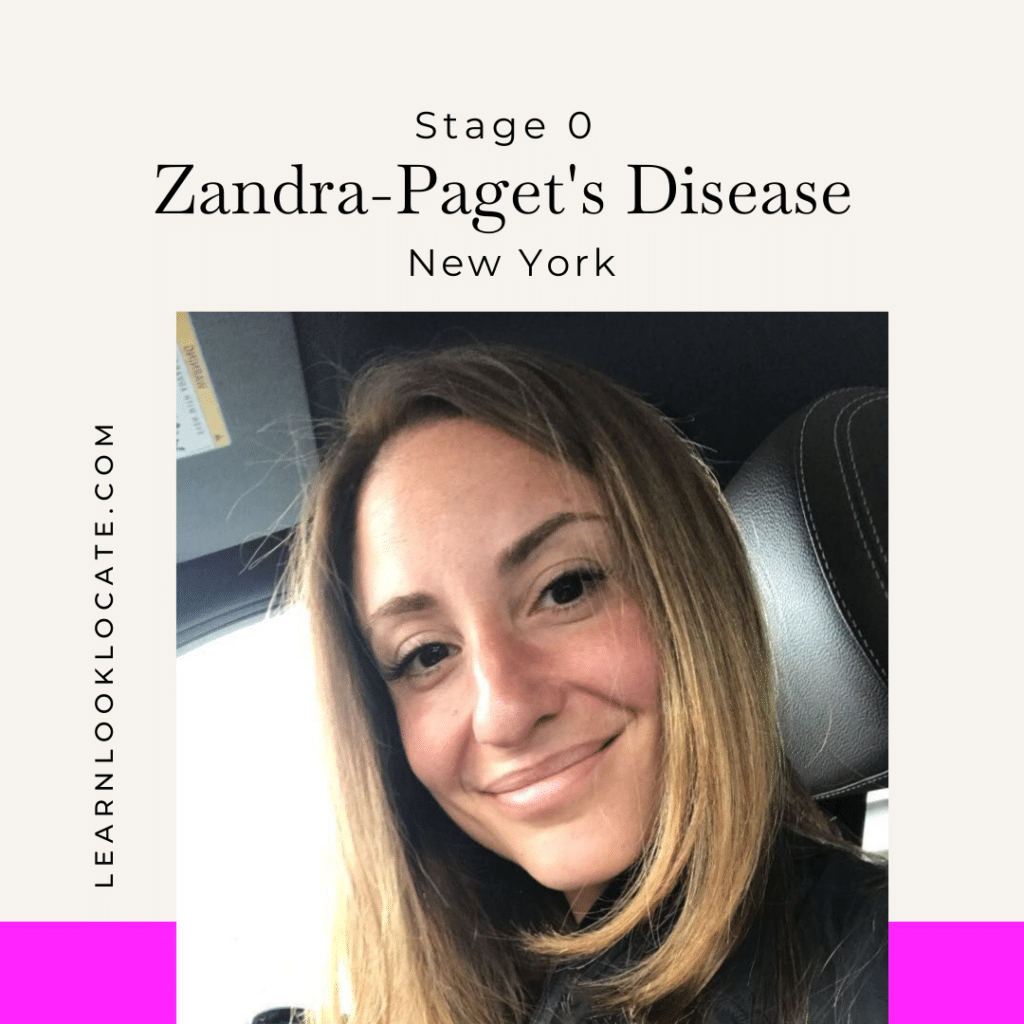 Most people get misdiagnosed because it is so rare & resembles eczema. Most often, the only way to diagnose it is by a nipple biopsy.

More than 80%-90% of people with Paget’s disease also have another form of breast cancer as well, usually in the milk ducts. When my pathology came back from my mastectomy I learned that I also had dcis (cancer in my milk ducts). The average age of diagnosis is usually post menopause in the late 50s. I was 34 when symptoms began and 36 when I was diagnosed.

2 years before being diagnosed, I began experiencing a burning sensation in my breasts and one of my nipples became inverted and started to look flat. I also used to have white stuff in the nipple that resembled dried breast milk. I had no lumps or masses.

I went to the obgyn and insisted on being tested for cancer. My doctor did genetic testing, which was normal, and sent me for a mammo and ultrasound. all test results were normal 2 years in a row. I was told that the burning sensation and nipple inversion were probably from hormones or breastfeeding my 3 kids.

Eventually it started to look raw and leak blood and yellow discharge. It became darker and more sensitive to touch. It hurts to wear bras. My obgyn never mentioned Paget’s. I went to a dermotologist who sent me to a breast surgeon for a biopsy. the breast surgeon sent me for an mri with conatrast, which was also normal, and did a biopsy which showed I had Paget’s.

I opted for a double mastectomy and needed my nipple and areola removed because of the Paget’s. After my double mastectomy, the pathology revealed I also had dcis which is ductal carcinoma in Situ.

I’m sharing to raise awareness. I urge you to please see a doctors if you notice changes in your breast, areola or nipple.

Please message me @zandra303 if you have any questions or need photographs or support.