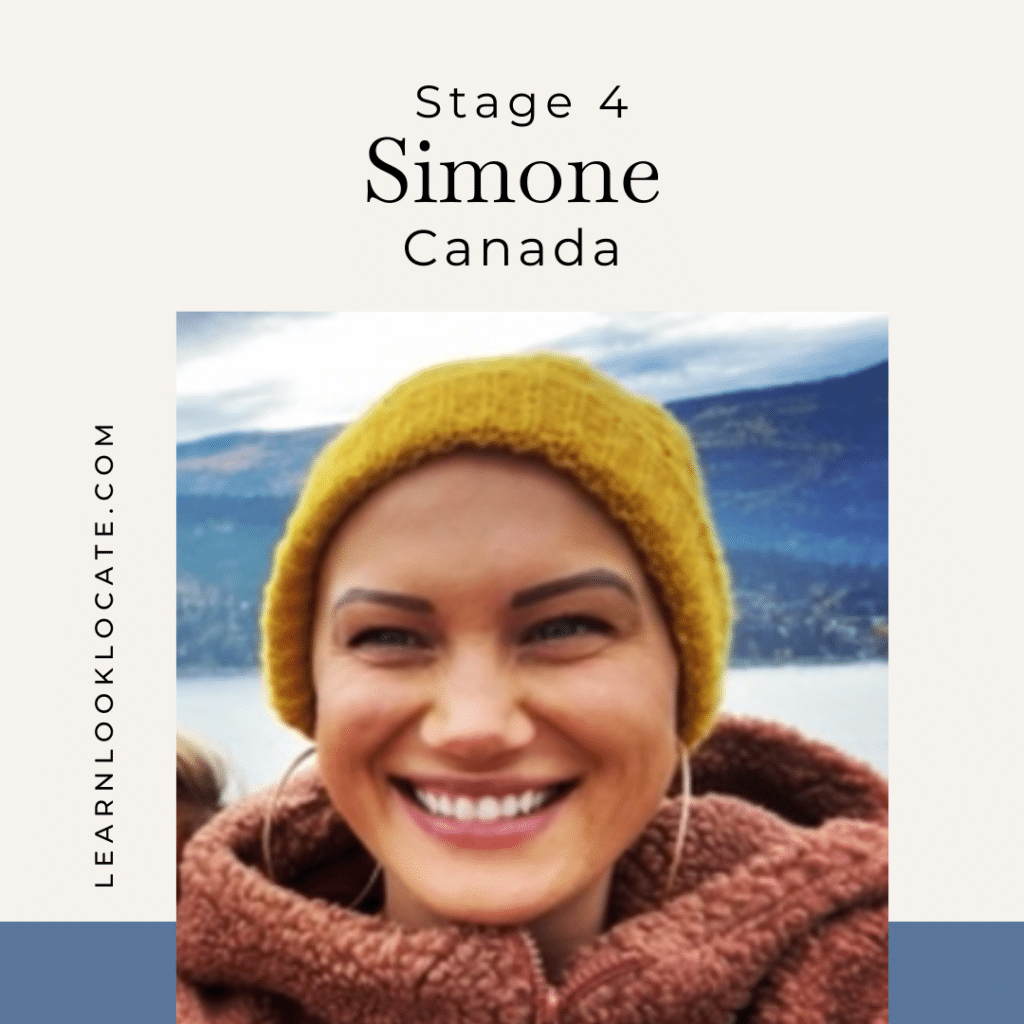 I won’t say that 2021 was the worst year of my life, or that I’ve been through proverbial hell. Cancer has given me more than it has taken.

I was diagnosed with stage 4 metastatic cancer while living abroad in New Zealand and Australia. My first and only child had just turned 6 months, and I had just celebrated my 34th birthday 3 weeks prior.

While in my early trimester of pregnancy I had a scab on my nipple that would not go away. I thought it was a sunburn from my daily topless swim sessions…I brought it to the attention of my midwife and was told it was nothing and would work itself out with breastfeeding. 6 months passed, and my daughter was born. When she was 6 weeks old I felt a small bump on the side of my left breast. I inquired again, and was told it was just lumpy breast tissue from breastfeeding. 6 months passed.

While breastfeeding one night I felt a sharp pain in my breast. I felt the same bump. I assumed, of course, it was just a clogged milk duct. Breast cancer never crossed my mind. I was too young, too healthy, with no close history of breast cancer in my family.

A week later I went to a local GP to check out a skin pigmentation on my back. At the last moment I asked him very casually what he thought about the bump on my breast. “Most likely nothing, but just in case it doesn’t disappear in two weeks, I’ll refer you for an ultrasound”. 2 weeks passed, and it was still present. I figured I may as well go get it checked, perhaps it was a cyst…1 ultrasound, 1 mammogram and 1 biopsy later, the GP left a very apologetic message on my phone, and to call him back right away. It was breast cancer, and had spread to my lymph nodes.

The cancer had been present in my body for nearly 3 years. I am Canadian. My daughter was born in New Zealand, and my husband is from Argentina. We had no health coverage in Australia. We scrambled for a week, phone calls and emails back and forth to Canada, trying to organize travel and doctor visits in the middle of a pandemic.

It was decided that my daughter and I would get on a plane as fast as possible, and my husband would remain in Australia while waiting for his visa to enter Canada to be approved (this took 1 month). We returned to Canada and the day I finished quarantine I began a whirlwind of appointments and tests to start chemotherapy and form a plan for treatment.

I finished 6 months of chemo in September and had a mastectomy and removal of 5 lymph nodes in the end of October. My pathology reports showed no evidence of disease. In January I began 3 weeks of radiation, and reconstructive surgery next fall. I receive a dose of Herceptin once a month. I consider myself extremely blessed.

Determined is an understatement. I worked while undergoing chemo, stuck to my gym and yoga dedication, and refused to let the circumstances rule my life. 6 weeks after my mastectomy, I began my yoga teacher training, and will begin my Life Coach certification this upcoming year.

I’m no longer willing to wait or make excuses for the things I wish to accomplish in this life. I hug my daughter as tight as I can, and love my family and friends as strong as possible. What I wish to see is better screening for breast cancer under 40.

I have spoken with to many women who have been misdiagnosed due to age. Cancer does not discriminate. My story has brought awareness to my global group of friends…a neighbor of my sister heard my circumstance and decided to get a mammogram herself…and she too was diagnosed, and has undergone treatment and surgery. But it’s not enough.

I think how different would my situation have been, had they taught breast cancer awareness in high school? I had passed by a mobile mammogram unit two years before, and I thought about going and getting checked just for “fun”…however I wasn’t qualified as they are only available for women aged 45+. The more awareness we bring the more change is possible. Educate yourself, your daughters, your sisters and your mothers.