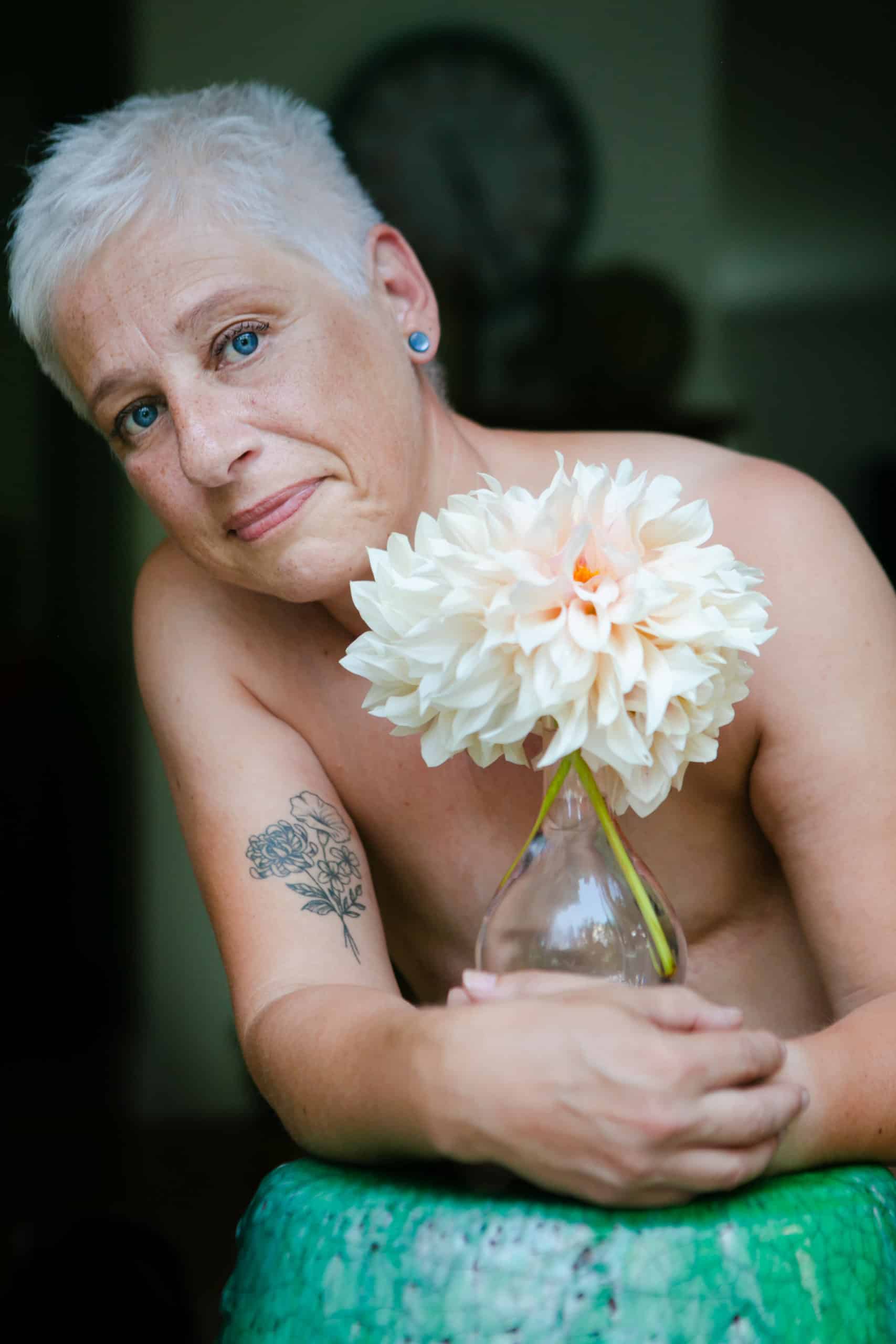 I’ve been living flat since March 2016, first as a uniboober after I had my left breast removed, and without breasts since November 2017 which is when I had my second mastectomy – eighteen months after the first. Between those two operations I was very unhappy living with my one large remaining GG cup breast and had to pester my surgeon to remove it so that I could be symmetrical. I’m very happy living completely flat – I feel as though I have the body that I always should have had. I’ve discovered that I don’t need breasts to feel like a woman.

How extreme that it took breast cancer to get me there. I now feel confident, brave, empowered and strong. I have embraced my new life and body shape after cancer. I feel that I have made the best of a pretty bad situation and taken control of how I want to live. I have turned a negative situation into a positive. I advocate for the right of a woman to be given all of the options after a mastectomy, and that includes the option to remain flat. And I have increased the visibility of women who choose to live flat.

I’ve worked with Dove on two campaigns now. The first #ShowUs saw my flat topless chest being shown on advertising billboards across the world, including Times Square, New York and Piccadilly Circus, London. One of the straplines of the campaign is, “You can’t be what you can’t see,” and this absolutely resonated with me because I’d never seen a photo of a breastless woman when I was faced with my mastectomy. I just didn’t know that a woman could be happy and beautiful living flat. Well now I do and am living that life, and one of my aims is to increase the representation and visibility of flat women in mainstream advertising and media and to break the taboos surrounding breasts and femininity. I want to normalize bodies like mine and to let women see that living flat is a positive choice. Earlier this year I was in a mainstream TV advert for Dove bodywash that was shown in the United States and Canada. Again, I was seen topless and flat, removing my bathrobe and smiling at myself in a mirror. For me that shows acceptance and happiness and hopefully allows my fellow flatties to see that we are breaking down the barriers and normalizing our flat bodies.