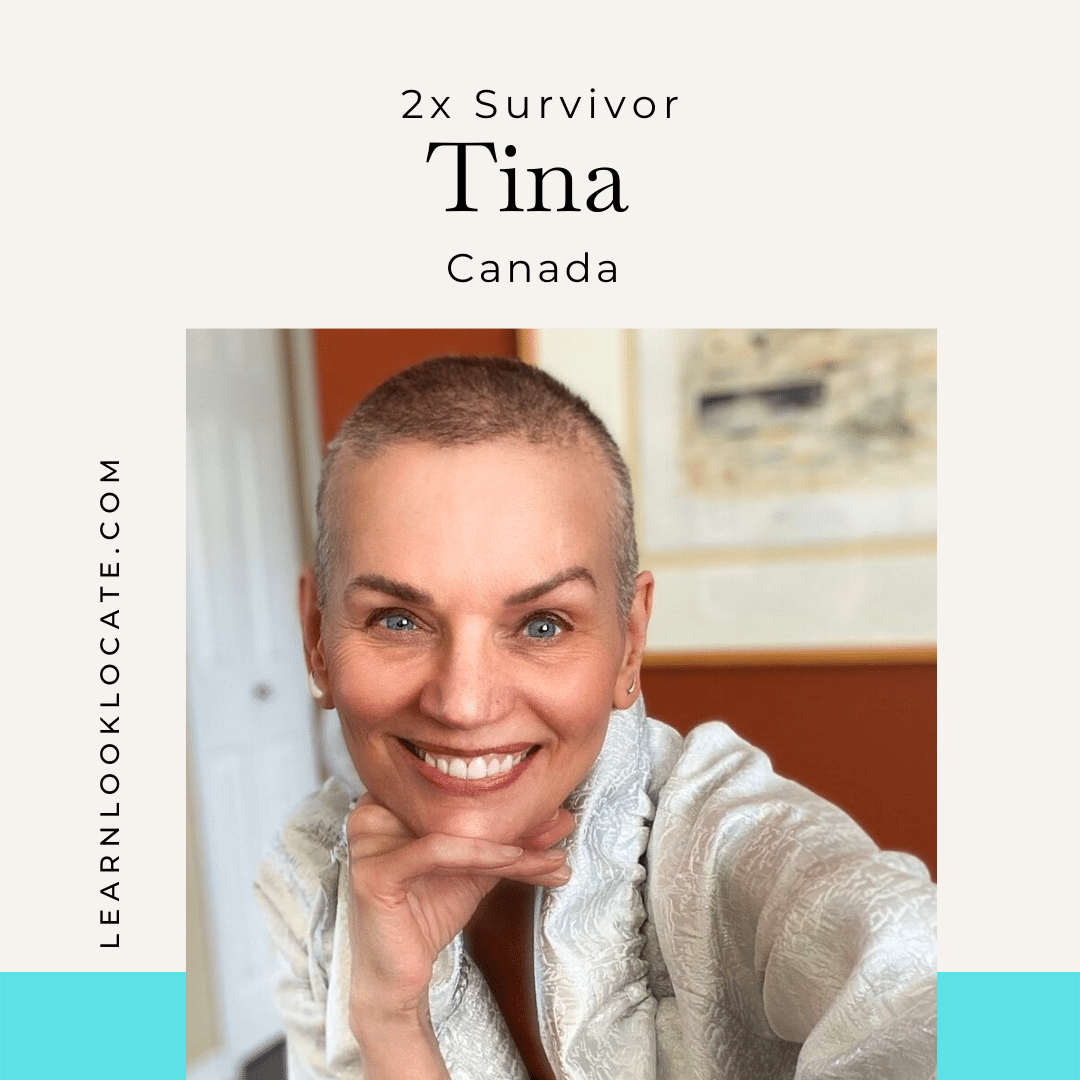 “My name is Tina Martel. I am a two-time breast cancer survivor. Not words I ever thought I would have to say.”

I was diagnosed ‪on September 5th of 2011. The doctor entered the room and said “ Why are you pacing?” My answer “I’m afraid”. Him “You should be. You have breast cancer.” What followed, besides me finding another doctor, who could behave in a more humane fashion, was a Stage 2B diagnosis, two surgeries that removed the tumor and all of my lymph nodes on the right side, months of chemo and radiation. I came out the other side, bald, skinny, with a ton of side effects and a very “not” positive attitude about breast cancer.

I had a lot to say about the culture I found myself in and it’s over the top celebration of pink, teddy bears and ribbons. That wasn’t the breast cancer I had. I am an artist and I kept sketchbooks throughout my treatment in addition to writing daily about the experience. One thing led to another and I started to combine the images and the writing. I accidentally wrote a book. It was not your usual “this is so great” it was more of a reality based “this is what happened to me.” The book Not in the Pink went on to win several awards. I thought this is over. Behind me. Except it wasn’t.

In May of 2015 I was diagnosed again on the other side. I started to think about having a double mastectomy but seeing the reconstruction options I was reluctant. I was not excited by any of the multiple surgeries I would have to have to replace my breasts. Where was the amazing “free” boob job I was going to get??? For my Stage 1 diagnosis I chose to have another lumpectomy followed by radiation. Out the door I went confident that I was done. Who says I am not optimistic???

But what followed was 4 years of constant testing, scans, biopsies and every time I had another scare it was worse. I was diagnosed with PTSD. In July of 2019 I told my oncologist I wanted my breasts gone and I was not doing reconstruction. I had found great resources with groups on Facebook and online. These amazing women were telling their stories with truth and grace. Not the myth – but the reality.

I marched into the surgeon’s office with my photos of what I wanted and said “make me look like a 14 year old boy”. He was shocked but respected my wishes and I did indeed wake up with what is now officially referred to as an “Aesthetic Flat Closure”.During my recovery period I decided that I would follow the incredible example I had from the many women I connected with. I wanted other women to realize that flat is an option if you choose it. We are not defined by our anatomy despite the cultural obsession with breasts. Nor are we defined by hair, which chemo destroyed for me.  Please note, I make no judgement whatever choice you make. All of them are hard. Cancer is hard.

Did I ever in a million years think that at 64, almost bald and without breasts that I would start my own Instagram account @not_in_the_pink _to feature fashion for a newly flattened body?  It evolved into not only fashion, but also musings on cancer, mental health and sometimes my art practice. I am overwhelmed at the support from people not only in Cancerland but ordinary people from all walks of life who have been touched by cancer. And really who has not been.

I also talk a lot about the language around cancer: journey, bravery, courage, fighting. We have to be brave we have no choice. Is it a journey? Not one I wanted to take. Am I fighting my own body? And my personal favorite: just be positive. You will have good days, bad days and very bad days. Allowing yourself a full range of human emotions will help you heal. Give yourself that respect and demand it from the people around you. I had to tell people to just stop with the rhetoric. It may make you feel better but it doesn’t honor my feelings. I am not terminally positive but I am terminally human.