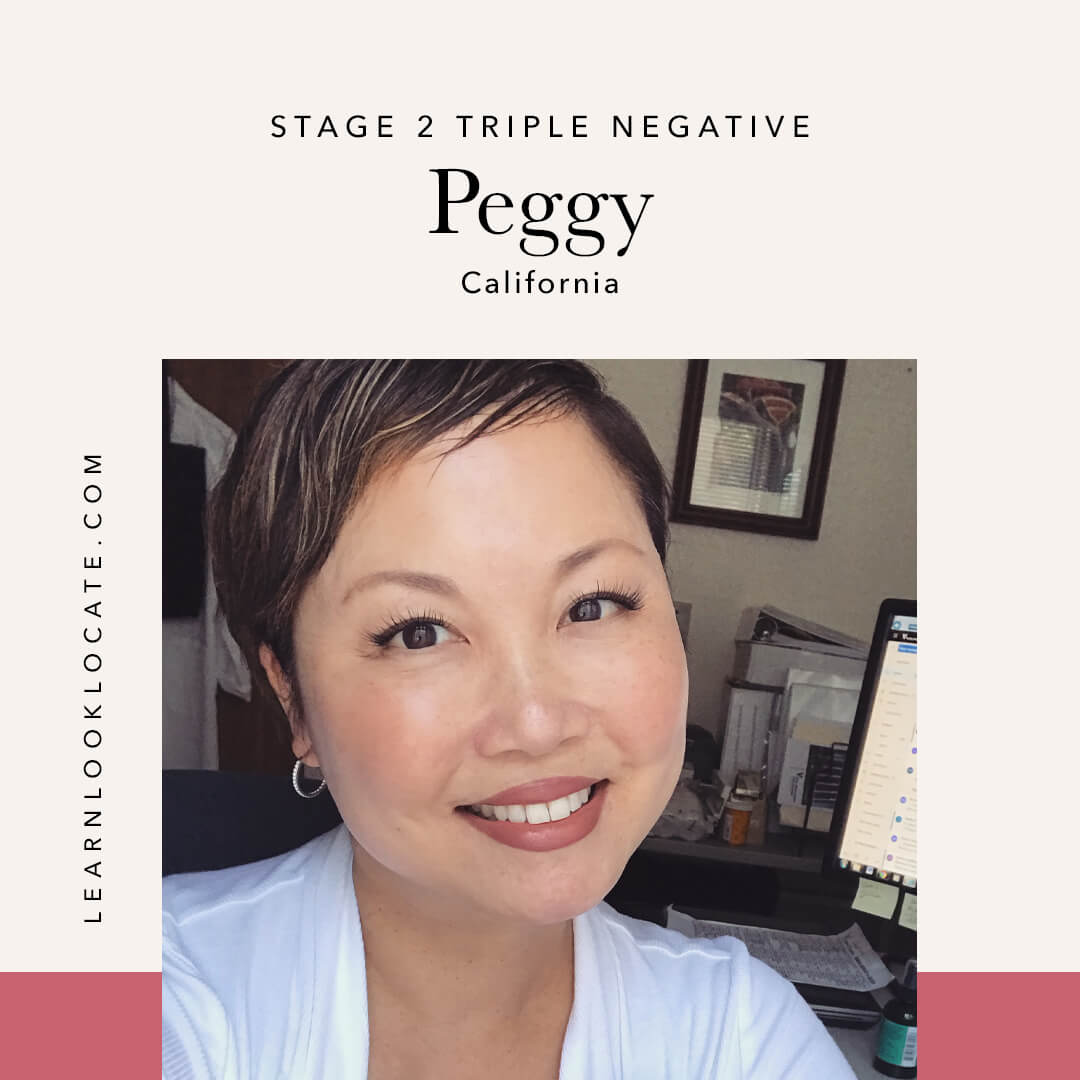 “I was always meticulous with my breast exams and mammograms and never felt a lump. My last mammogram was May 2017, so for the lump to be there, it had to have grown quickly. And for some strange reason, even before I received the news, I knew it was cancer.”

I remember feeling the small lump on the left side of my left breast when I was working out. It was December 2017 and I thought it was odd. I also had this cough that I attributed to a cold that would not go away. So I made an appointment with my doctor in January 2018.

I was always meticulous with my breast exams and mammograms and never felt a lump. My last mammogram was May 2017, so for the lump to be there, it had to have grown quickly. And for some strange reason, even before I received the news, I knew it was cancer.

I was diagnosed in February 2018 with triple negative breast cancer stage T2N0 at age 47.

I remember receiving the news at work and feeling completely removed as if I was hearing about another person. All I could focus on was getting the tumor out. I would not accept anything less because as the mother of a 17 year old son and 12 year old daughter, they needed me to be here for them.

So I endured a barrage of tests: Biopsies, CT, PET, MRI, Mammaprint, genetic testing. I had a Port-A-Cath placed for chemotherapy. And the plan was for dose dense doxorubicin and cyclophosphamide for 4 cycles, then a partial mastectomy, followed by 12 weeks of taxol and 6 weeks of radiation.

I have no history of breast cancer in my family though I found out my first cousin was diagnosed with the same cancer only 3 months before at age 45. I was 47 at the time.

To make all of this even more real for me, I am a licensed hospital pharmacist, extremely experienced in all aspects of pharmaceutical management to include oncology, and I received my entire 10 month treatment course at the medical center where I work currently. I worked throughout my entire treatment taking intermittent leave. I believe that it helped me fight this cancer knowing I was still helping others.

I completed my treatment successfully. And though I can say, the days are long and seem unending, it went by quickly, so that to this day two years later, as a survivor, my goal is to educate all women to do their own monthly breast exams. That is how I discovered mine.

Though with my treatment success, the path can be a lonely and difficult one with continuing side effects from the chemotherapy and radiation such as neuropathy in my fingertips and toes, and joint stiffness from the chemically induced menopause I was placed into. I am meticulous with the surveillance in the form of diagnostic mammograms and MRIs, ever vigilant of it possibly recurring before I reach the 5 year survival mark.

But all breast cancer survivors owe their experiences to educate our new sisters and those who may not yet know. I am happy to have that additional purpose in my life along with continuing to be a working mother and pharmacist. I turned 50 this past May, and plan to keep going.

Thank you again for your interest in my story.