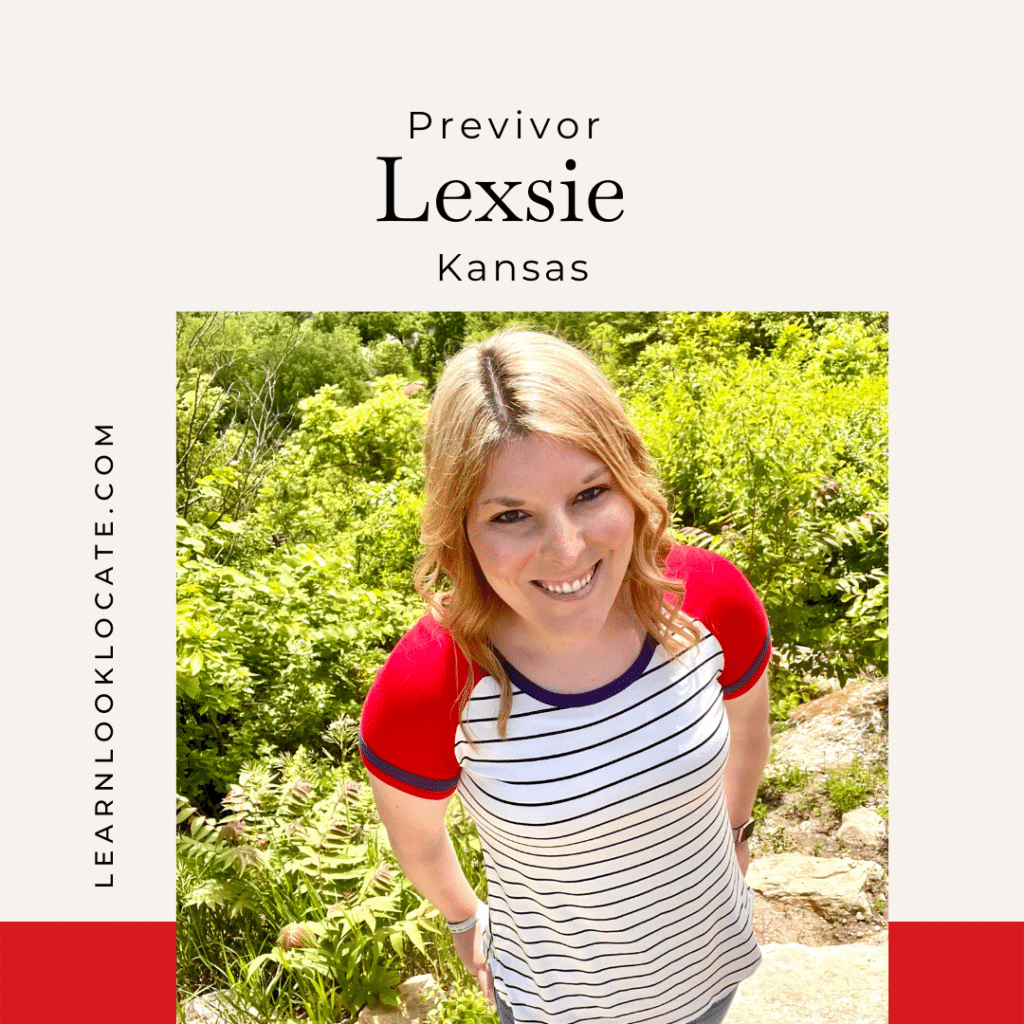 No answers to other health issues I was dealing with led me to finding out more about my family health history. I had no idea that no answers would give me a different direction in finding out that my family had several relatives who had breast and gynecological cancers, which in turn led me to get genetic testing done for BRCA1/2 genetic mutation.

After I was diagnosed with the BRCA1 genetic mutation, I wanted to tell my family about it, so they had the opportunity to get tested. I was the first in my immediate family to be diagnosed. I learned that the genetic mutation derived from my father’s side and that my father and my two other siblings (brother and sister) who are older than me were positive, as well.

At first I felt guilty because I brought it upon my family, and I thought about my brother’s two young daughters. I also thought about my Grandma on my dad’s side and all of the cancer she went through that ultimately caused her passing. She was my rock growing up, and even though I only knew her for a short period in my life, she made such a big impact on me.

All of the information was a lot to digest and seemed overwhelming. I decided my family was motivation, and they were the reason I was going to be proactive to do whatever I could to prevent breast and ovarian cancer. I wanted to make sure that my siblings and nieces could approach me about my journey. I wanted to do this for all of my family who were not able to prevent it and are thrivers, survivors, or those who have passed away.

It was a transitional role for me as I am the youngest to now taking on a more “older sibling” type of role. I have worked with breast specialists and gynecological oncologists. I do screenings for ovarian and other gynecological cancers twice a year, as this is the most prevalent cancer in my family. For my breasts, I had a couple of MRIs, a couple of ultrasounds, and a mammogram done. They showed abnormal findings, but they said that it was probably nothing and just due to dense breasts because I am young. However, because of prominent breast and ovarian family cancer history at young ages, they recommended a prophylactic double mastectomy.

I did decide to get the mastectomy done with immediate DIEP reconstruction. Before I got the surgery completed, I reached out to other women about the DIEP reconstruction and whom they recommended for a second opinion. Living in KS there was only one plastic surgeon that could do this procedure, and he did not have much experience. Additionally, I did not feel the first breast specialist and plastic surgeon I was referred to were taking me or my concerns seriously because of my age. For some reason, I just had this intuition or gut feeling that the abnormal imaging they were finding was a tumor in my right breast. The new breast surgeon and plastic surgeon that someone recommended specialized specifically in DIEP reconstruction in New Orleans. They did a lymph node biopsy to be on the safe side, and they ended up finding two tumors that were thankfully benign (one on right breast and one on the left right below the collar bone).

This process has been quite a roller coaster as far as navigating the healthcare system and learning how to best advocate for myself, my family, and others receiving care/being a part of the journey. I have a background in healthcare and through this process, I realized that there are some gaps that could be improved upon, such as realizing cancer isn’t defined by age, we are the experts of our own body, there should be a shared-decision making process because after all it is our life and our bodies, and the importance of teaching people early on about self breast exams. Because of my family members’ experiences and mine, I really want to be an advocate and navigator for others who are going through a similar journey. I want to get involved as much as I can and help out in any way that I can.