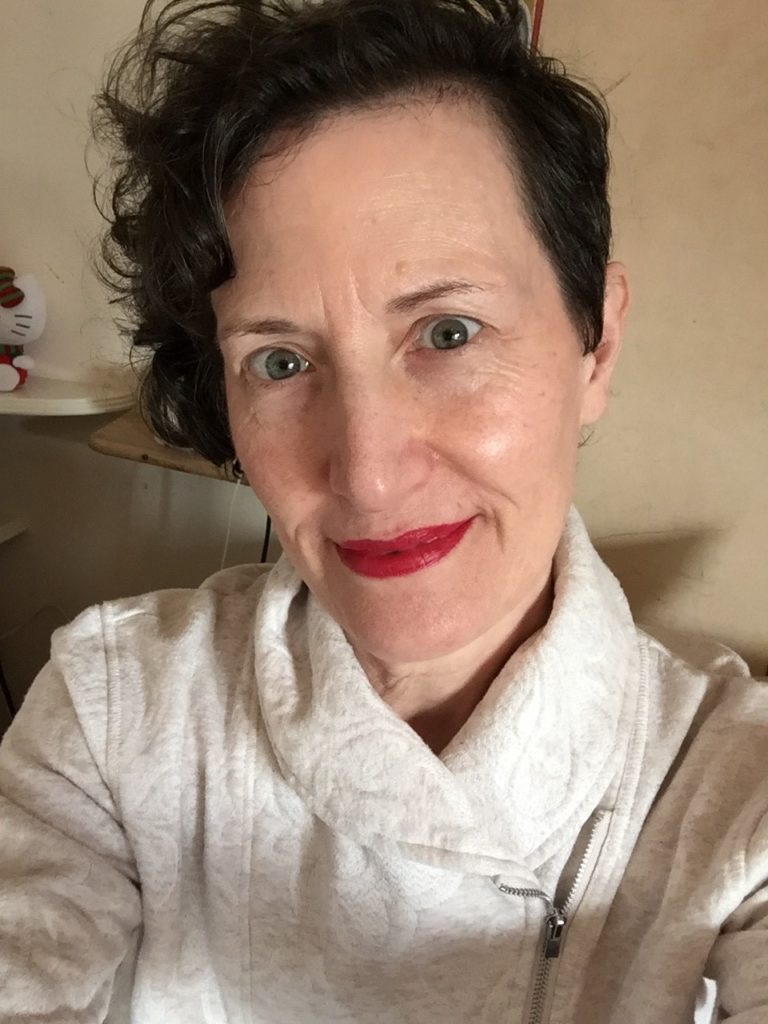 My name is Laurie, in 1998 when I was 34 years old, I went in to have a lump checked and I was told I was too young to have breast cancer. Four months later I was diagnosed with de novo metastatic ductal breast cancer (ER/PR+, HER2- ) it had spread to one thoracic and all of my lumbar vertebrae, my left hip and the top of my left femur.

In addition to the standard treatment of mastectomy, chemotherapy and radiation, I also had a procedure that goes by several names. Stem Cell Transplant; High Dose Chemotherapy with Stem Cell Rescue; or Autologous Bone Marrow Transplant. Then I took Tamoxifen for 5 years and have been on AI’s ever since. I am considered an “exceptional responder” and “outlier” because my mets have been stable since finishing treatment.

I chose to have a second mastectomy four years later even though I hadn’t had genetic testing done. (Which turned out to be a smart move because in 2017 I found I am BRCA2 positive) For several reasons, I decided I didn’t want to have breast mound reconstruction and chose to remain flat.

I wore prosthetics for 15 years but was never comfortable or happy with them. Then I began to see images online of other survivors who were flat and didn’t wear prosthetics at all. After seeing a photo of a woman sitting on a beach wearing only shorts, a hat and a happy smile I realized I wanted to be that at ease with my flatness. I didn’t want to camouflage or try to hide it anymore. Now, I use social media to let others know that Aesthetic Flat Closure is a valid post mastectomy option.
Over the years I have developed many other health issues due to the collateral damage of treatment. I have chronic pain, fatigue, GI issues, etc. that have kept me from living the life I thought I would. But the life my husband and I have made together has been happy and against the odds, I’m still here.