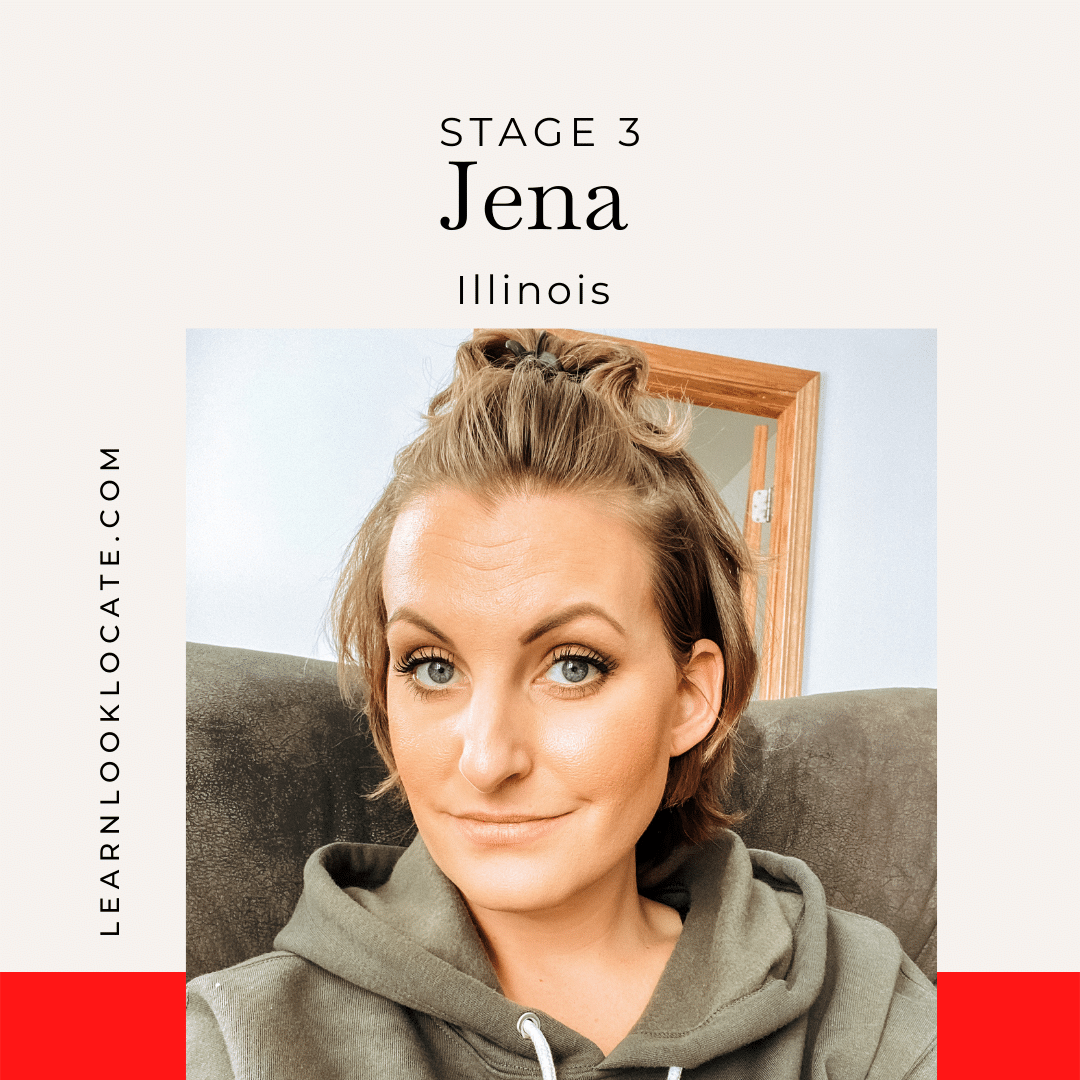 “In May 2019 I was 4 months postpartum and nursing my third baby girl and that’s when I felt it. It was right there, practically in my face screaming at me. I ignored any thought of cancer and thought it was the start of mastitis. I nursed day and night, pumped, and even tried working out this “knot” like I would have if it were mastitis.”

After a few weeks and a round of antibiotics my OB had decided it was time we went for an ultrasound. During the ultrasound, the radiologist came in and said he didn’t know what this was. I am young, healthy, and breastfeeding so he wanted me to get a biopsy. I got the biopsy a few weeks later and when I called to see where my results were they said they sent them out for extra testing. In my head, red lights were going off but I kept thinking no way is it the big C. To my surprise, I found out at my OB appointment the following week it is cancer and was advised to remove my IUD immediately and sent to a breast surgeon. We scheduled a mammogram and MRI and then a lumpectomy. Once the results came back from the lumpectomy I was diagnosed with stage 3 triple-negative breast cancer, the most aggressive kind.

I underwent 8 rounds of chemo, an axillary dissection, and 33 rounds of radiation with many complications in between. I am so grateful to be here today for my three little girls and grateful I listened to my body throughout this whole experience. Self-breast checks need to be done before the age of 40 and even before the age of 30!!! If I was not nursing my baby I would have never found my lump as I never did self-breast exams. There was no family history of breast cancer in my family and I had no genetic mutations. If I could tell women and men anything it would be to know your body and be your own advocate. Cancer does not discriminate against age.⁠