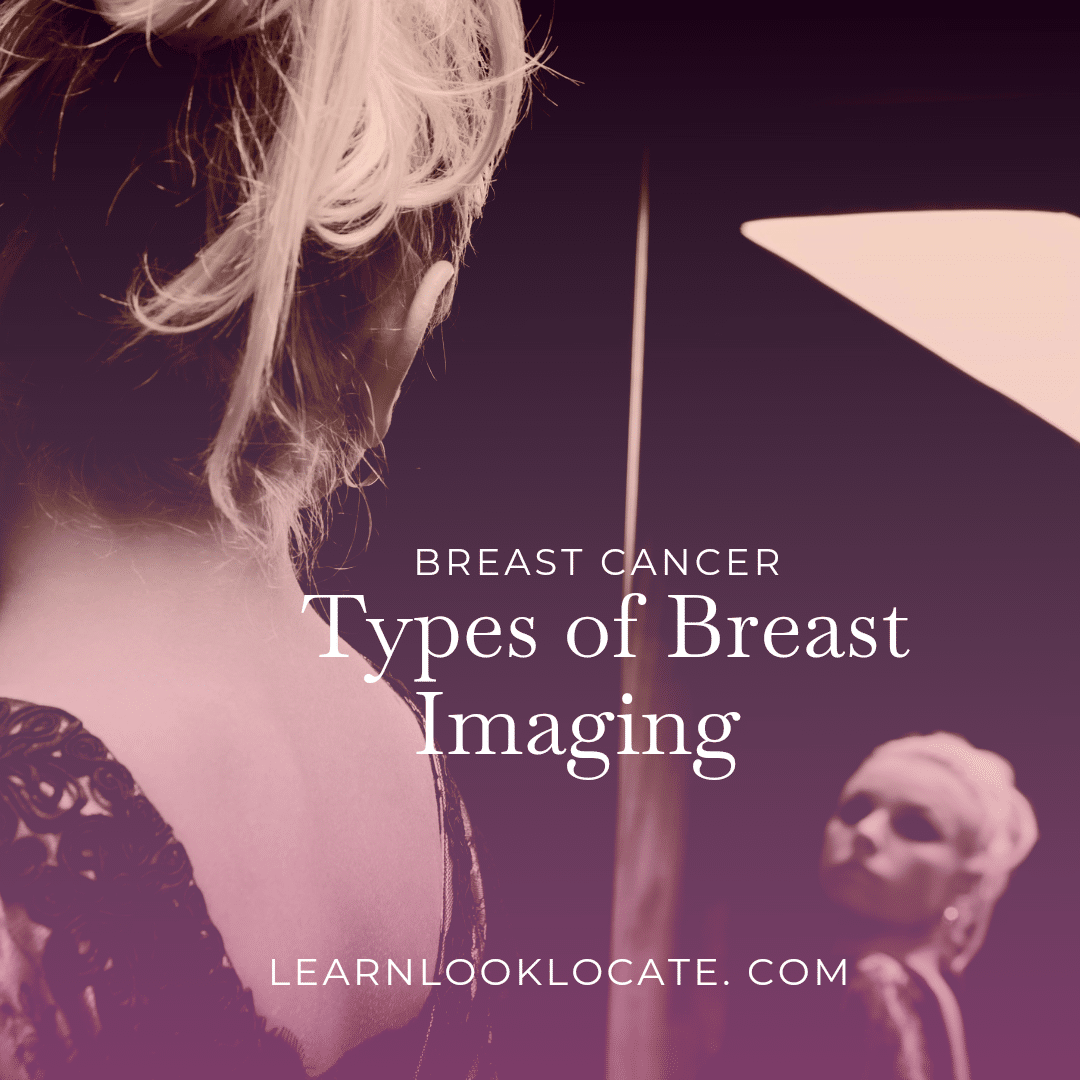 The most commonly used breast imaging tests at this time are mammograms, ultrasound, and breast MRI.

Newer types of tests are now being developed for breast imaging. Some of these, such as breast tomosynthesis (3D mammography), are already being used in some centers. Other tests are still being studied, and it will take time to see if they are as good as or better than those used today.

Molecular breast imaging (MBI), also known as scintimammography or breast-specific gamma imaging (BSGI), is a type of nuclear medicine imaging test for the breast. A radioactive chemical is injected into the blood, and a special camera is used to see into the breast. This test is being studied mainly as a way to follow up breast problems (such as a lump or an abnormal mammogram), or to help determine the extent of breast cancer that has already been diagnosed. It’s also being studied as a test that can be used along with mammograms to look for cancer in women with dense breasts. One potential drawback is that it exposes the whole body to radiation, so it’s unlikely this test would be used for screening every year.

Positron emission mammography (PEM) is a newer imaging test of the breast that is very similar to a PET scan. A form of sugar attached to a radioactive particle is injected into the blood to detect cancer cells. A PEM scan may be better able to detect small clusters of cancer cells within the breast. Right now it’s being studied mainly in women with breast cancer to see if it can help determine the extent of the cancer. As with MBI, it exposes the whole body to radiation, so it’s unlikely to be a test that could be used every year for breast cancer screening.

Contrast-enhanced mammography (CEM), also known as contrast-enhanced spectral mammography (CESM), is a newer test in which a contrast dye containing iodine is injected into a vein a few minutes before two sets of mammograms (using different energy levels) are taken. The contrast can help the x-rays show any abnormal areas in the breasts. This test can be used to get a better look at areas that appear abnormal on a standard mammogram, or to help assess the extent of a tumor in women just diagnosed with breast cancer. Studies are now comparing it to breast MRI in these settings, as well as possibly for use in screening women with dense breasts. If it proves to be as good as MRI, CEM could become more widely used because it is quicker to do and is less expensive than MRI.

Optical imaging tests pass light into the breast and then measure the light that returns or passes through the tissue. The technique does not use radiation and does not require breast compression. Studies going on now are looking at combining optical imaging with other tests like MRI, ultrasound, or 3D mammography to help look for breast cancer.

Electrical impedance imaging (EIT) scans the breast for electrical conductivity. It’s based on the idea that breast cancer cells conduct electricity differently from normal cells. The test passes a very small electrical current through the breast and then detects it on the skin of the breast. This is done using small electrodes that are taped to the skin. EIT does not use radiation or compress the breasts. This test can be used to help classify tumors found on mammograms. But at this time there hasn’t been enough clinical testing to use it for breast cancer screening.

Elastography is a test that can be done as part of an ultrasound exam. It’s based on the idea that breast cancers tend to be firmer and stiffer than the surrounding breast tissue. For this test, the breast is compressed slightly, and the ultrasound can show how firm a suspicious area is. This test might prove to be useful in telling if the area is more likely to be cancer or a benign (non-cancerous) tumor.