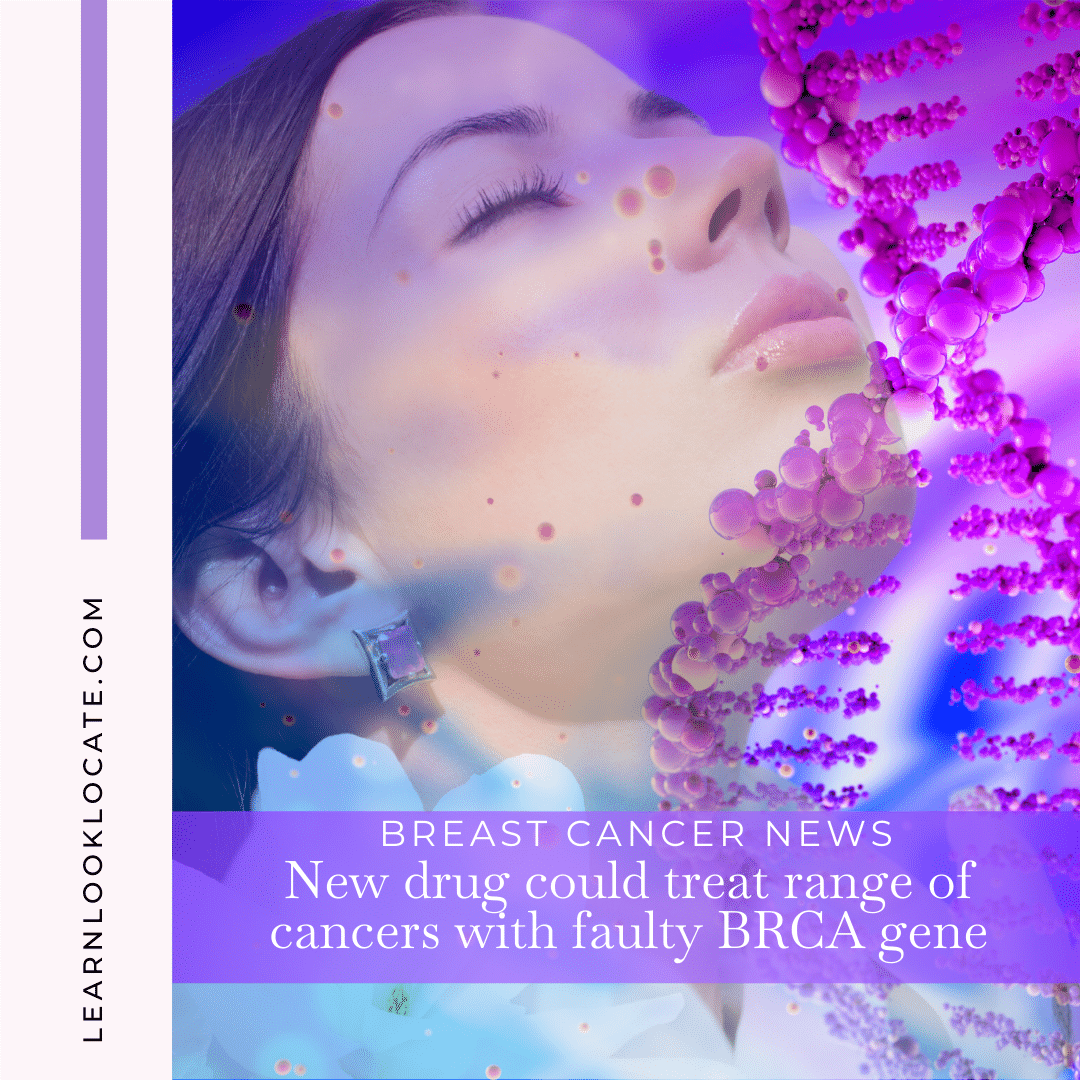 Scientists have identified a new class of targeted cancer drugs that offer the potential to treat patients whose tumors have faulty copies of the BRCA cancer genes.

And crucially, they can kill cancer cells that have become resistant to PARP inhibitors—an existing treatment for patients with BRCA mutations.

Researchers are already planning to test the new drug class in upcoming clinical trials. If the trials are successful, POLQ inhibitors could enter the clinic as a new approach to treating a range of cancers with BRCA mutations, such as breast, ovarian, pancreatic and prostate cancer.

Scientists at The Institute of Cancer Research, London, and the pharmaceutical company Artios, explored the potential of using POLQ inhibitors in treating cancer cells with defects in the BRCA genes.

For some time now, scientists have known that genetically removing a protein known as POLQ killed cells with BRCA gene defects, although drugs that prevent POLQ from working had not been identified.

In this new work, the researchers identified prototype drugs that not only stop POLQ from working, but which also kill cancer cells with BRCA gene mutations.

Both BRCA genes and POLQ are involved in repairing DNA. Cancer cells can survive without one or other of them, but if both are blocked or their genes switched off, cancer cells can no longer repair their DNA and they die.

Researchers found that when cells were treated with POLQ inhibitors, cancer cells with BRCA gene mutations were stripped of their ability to repair their DNA and died, but normal cells did not. By killing cancer cells with BRCA gene mutations, while leaving normal cells unharmed, POLQ inhibitors could offer a treatment for cancer with relatively few side effects.

Scientists at The Institute of Cancer Research (ICR), funded by Breast Cancer Now and Cancer Research UK, discovered how to genetically target PARP inhibitors against BRCA-mutant cancers and, with colleagues at The Royal Marsden NHS Foundation Trust, helped run clinical trials leading to the first PARP inhibitor being approved for use.

The next step will now be to test POLQ inhibitors in clinical trials led by Artios.

“All cells have to be able to repair damage to their DNA to stay healthy—otherwise mutations build up and eventually kill them. We have identified a new class of precision medicine that strips cancers of their ability to repair their DNA. This new type of treatment has the potential to be effective against cancers which already have weaknesses in their ability to repair their DNA, through defects in their BRCA genes. And excitingly, the new drugs also seem to work against cancer cells that have stopped responding to an existing treatment called PARP inhibitors—potentially opening up a new way of overcoming drug resistance. I’m very keen to see how they perform in clinical trials.”

Professor Paul Workman, Chief Executive of The Institute of Cancer Research, London, said: “It’s exciting that the new POLQ inhibitors should provide a different approach to treating cancers with BRCA gene defects—and particularly that this class of drugs should retain their activity in cancers that have developed resistance to PARP inhibitors. Most exciting of all is the potential of combining POLQ and PARP inhibitor drugs to prevent the evolution of BRCA-mutant cancers into more aggressive, drug-resistant forms—a major challenge that we see in the clinic.”

Study Co-Leader, Dr. Graeme Smith, Chief Scientific Officer at Artios Pharma, Cambridge, said: “These exciting preclinical results provide a clear rationale for future clinical studies with a POLQ inhibitor. At Artios, we are on track to initiate our POLQ clinical program before the year end to explore POLQ inhibition in the sensitive cancer types that this study has uncovered. Our planned POLQ inhibitor clinical studies will leverage these results, exploring combination treatment with PARP inhibitors and different types of DNA damaging agents.” Michelle Mitchell, chief executive at Cancer Research UK said:”More than 25 years ago we helped discover the BRCA gene, which spurred on our scientists to work with others to develop PARP inhibitors, which are now benefiting many patients. But we are always trying to find newer and better ways to outstep cancer, especially when it stops responding to current treatments. By revisiting weaknesses in the BRCA repair pathway, researchers have not only found a way to make PARP inhibitors more effective, but they may have also identified an entirely new class of targeted drugs for BRCA cancers, which could include pancreatic cancer which has limited treated options. We look forward to seeing if these promising results in the lab transfer into benefits for patients when tested in trials.”