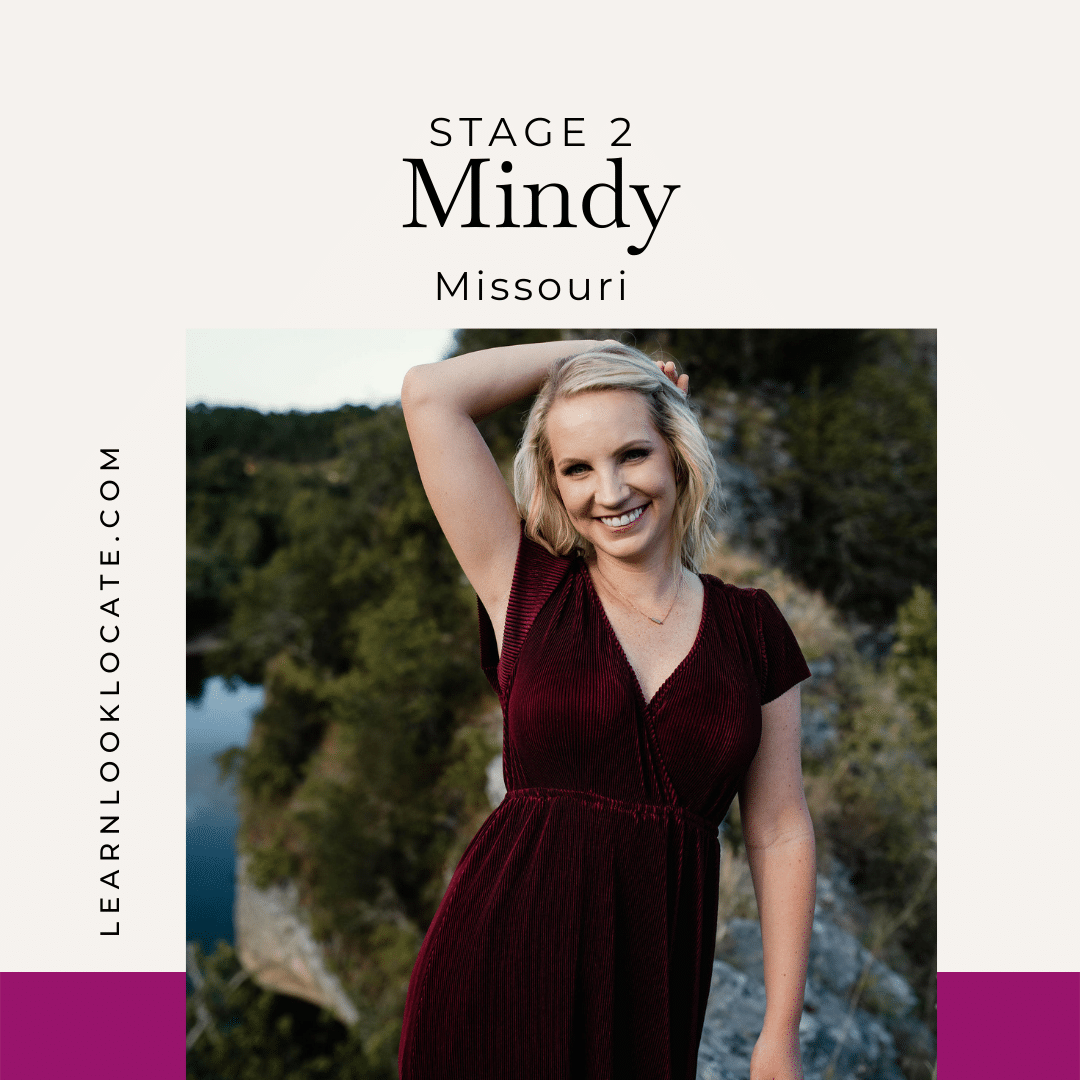 “My name is Mindy! I was 29-years-old and in the best shape of my life when I came inside from running in the cold, only to discover what I would soon learn to be a malignant tumor—stage 2 invasive ductal carcinoma—at the top of my left breast, anchored to my chest wall.”

Hi, there! My name is Mindy Miller and I am a five+ year survivor of an aggressive stage 2b triple positive invasive ductal carcinoma (breast cancer)! I was diagnosed in early 2016 when I was only 29 years of age. I was living my best life as a competitive runner who ate all her organic fruits and veggies. I had never smoked, nor did I have any known genetic mutation which could elevate one’s risk for developing breast cancer. I discovered my own lump when crossing my arms to warm up after returning indoors from running six hilly miles in 18-degree weather. Flash forward less than two weeks and I was beginning IV chemotherapy (THCP) which was then followed by a unilateral mastectomy, external beam radiation, several breast reconstruction surgeries, 30 hyperbaric oxygen therapy (HBOT) treatments to promote healing, five and a half years of ovarian suppression through monthly Zoladex injections, and five years of a daily aromatase inhibitor (Anastrozole) medication.

Oh, what a journey it has been! I credit my unrelenting faith, my brilliant medical team, and my robust support system with helping to carry me through. Even on my most difficult of days, my belief in God’s grace and almighty healing reminded me that my story would have many more glorious chapters beyond this. Prior to my diagnosis, I had not yet become a mother as I had been engaged to be married for only three months. My then-fiancé (now husband!) and I hope to grow our family, if/when the time becomes right. Until then, we will continue to enjoy each other and looking after our fun little farm of animals!