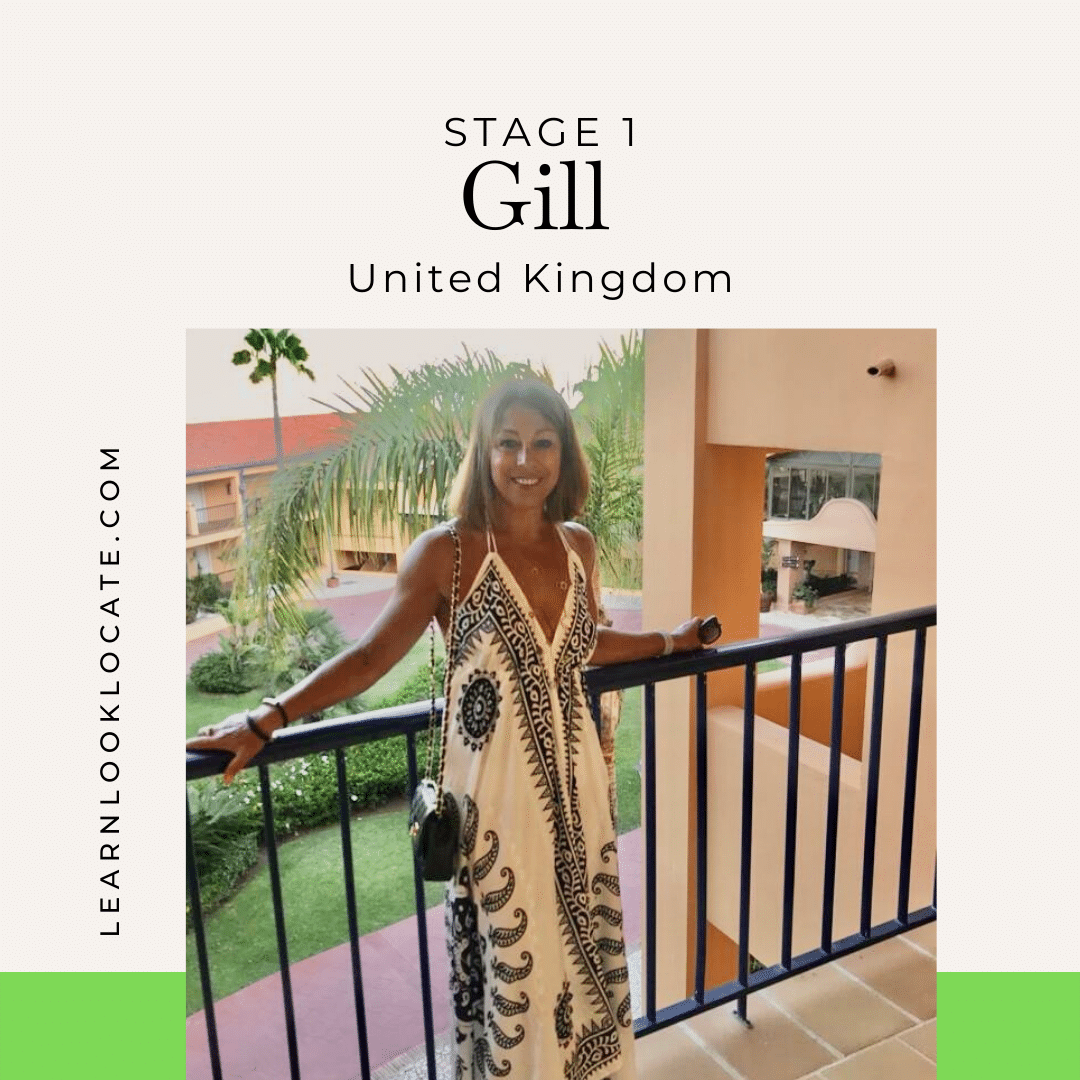 “My name’s Gill, I’m a 57 year old breast cancer survivor in the UK and here’s my story.

I had historically suffered with hormonal cysts for a number of years and, as such, was regularly monitored.  I started my mammograms earlier than the regular age of 50 in the UK.

I had large breasts and the mammographer once described them as ‘dense’ (which was the first time I’d heard this term).  Another mammographer also stated that I had ‘busy breasts’.  Due to my history, I was always very keen to carry out checks and self-examination and thank goodness I did.”

In October 2016 – 6 months after having a clear mammogram, I discovered a large lump in my left breast.  My heart sunk as I had a feeling that it was different to any of the hormonal cysts I had experienced.  Following a visit to my GP, he immediately sent me to our local hospital’s breast clinic.  Here, to my absolutely shock, I was diagnosed with a high grade DCIS (28mm) Invasive ductal carcinoma.

Some of the feelings I went through on diagnosis were fear and disbelief.  As a fitness freak, who was generally healthy and not overweight, how could this happen to me?  How was I going to tell my elderly mother and my three kids?

I had my operation, which was a left breast wide local excision and SLNB plus therapeutic mammoplasty.  I also had a right breast reduction (symmetrizing), together with removal of 5 lymph nodes.

The results of the biopsy showed that the cancer had not spread to my lymph nodes but that it was Grade 2, ER8 PR7 HER-2 1+  The biopsy was then sent to California for an Oncotype test – which, based on my Oncotype Score of 34, meant that I would require Chemotherapy.

I started Chemotherapy on 13th January 2017 and had 6 rounds of treatment.  I lost my hair after the 2nd round and already had a short, swingy bob wig waiting to wear – preparation was everything!

In May 2017, I started Radiotherapy and was finally finished in June 2017.  I started Tamoxifen and will have been taking it for 4 years in the summer.

My family and friends all agreed that my positivity during and beyond treatment rubbed off on them too.  I continued to exercise and work, which has helped tremendously.