Did you know that your breasts are keeping score? 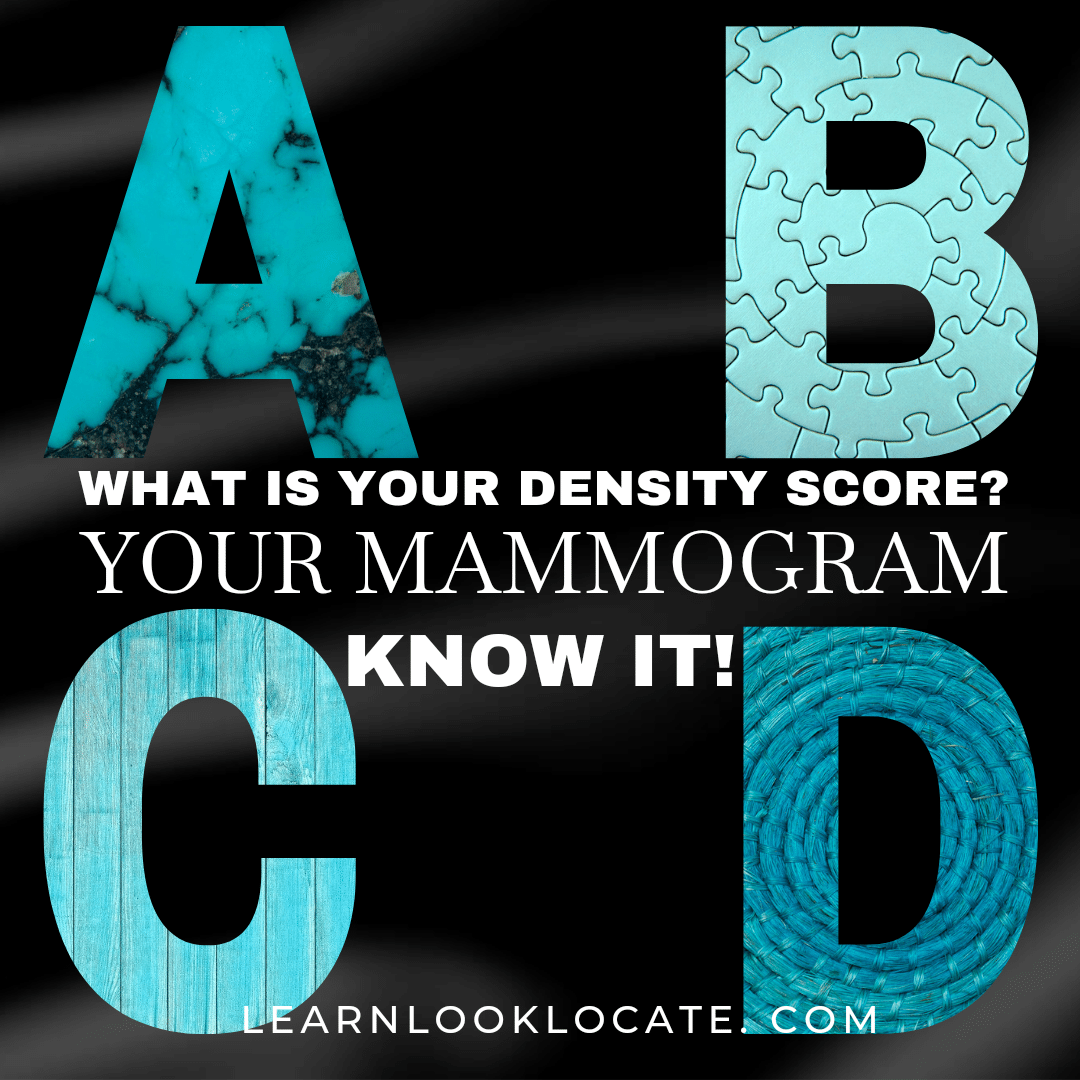 Did you know that your breasts are keeping score?

Did you know that there is a Density Score when you get a mammogram?? What is that you ask, well I sure wish I knew this before I got diagnosed with a walnut-sized tumor after getting a note saying normal mammograms but extremely dense breasts! Well, guess what …this is a HUGE RISK for FACTOR for breast cancer! So here is the scoop from Mayo Clinic!

C: Heterogeneously dense indicates that there are some areas of nondense tissue, but that the majority of the breast tissue is dense. About 4 in 10 women have this result.

D: Extremely dense indicates that nearly all of the breast tissue is dense. About 1 in 10 women has this result.

Why does breast density matter?

Having dense breasts affects you in two ways:

Increases the chance that breast cancer may go undetected by a mammogram, since dense breast tissue can mask a potential cancer

Increases your risk of breast cancer, though doctors aren’t certain why

What tests are recommended for breast cancer screening?

Women with dense breasts, but no other risk factors for breast cancer, are considered to have a higher risk of breast cancer than average. They may benefit from annual breast cancer screening.

So KNOW YOUR SCORE! ASK FOR IT! For full article go to www.mayoclinic.com