Remission, cancer-free, no evidence of disease: What’s the difference? 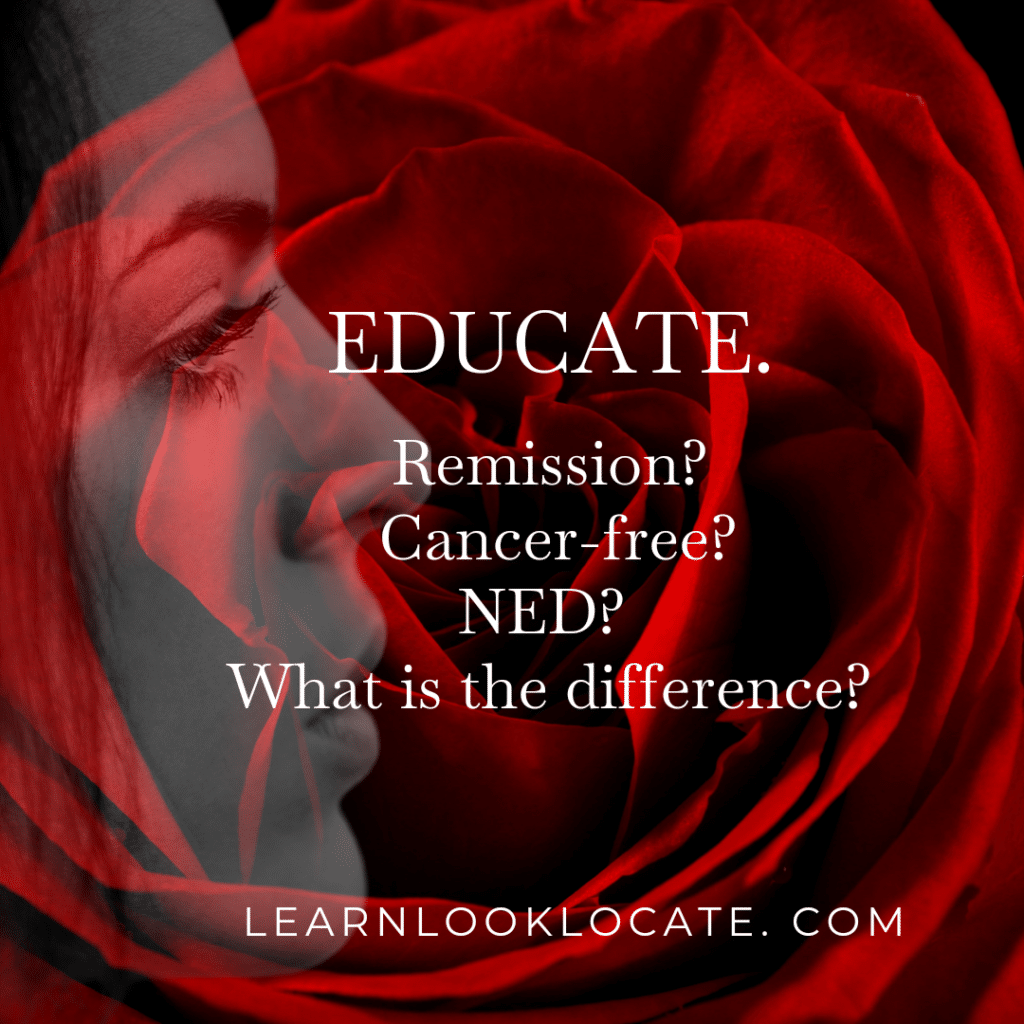 Remission, cancer-free, no evidence of disease: What’s the difference?

To a cancer patient, one of the most magical words in the English language may be “remission.” For those fortunate enough to hear it, it imparts not only a much-hoped-for dose of good news but also a profound sense of relief.

But what does the term “remission” actually mean? And how does it differ – if at all – from “no evidence of disease,” or even “cancer-free?”

What’s the difference between remission, cancer-free, and no evidence of disease?

A lot of people use those terms synonymously, but “remission” and “no evidence of disease” (also known as NEOD or NED) are probably the closest by definition. Officially, both mean that no cancer is currently detectable in the body. That may be based on scans, bloodwork, or some other kind of test, such as a breast biopsy or a bone marrow biopsy.

“Cancer-free” is a little more complicated, because it’s not based on something we can measure. Instead, it implies that not only is there nothing detectable in your body as cancer, but we also believe no residual cancer is left anywhere, so there’s no chance of cancer ever coming back. And that’s a lot trickier to say because there’s always at least a very slight risk of recurrence if you’ve ever had cancer before.