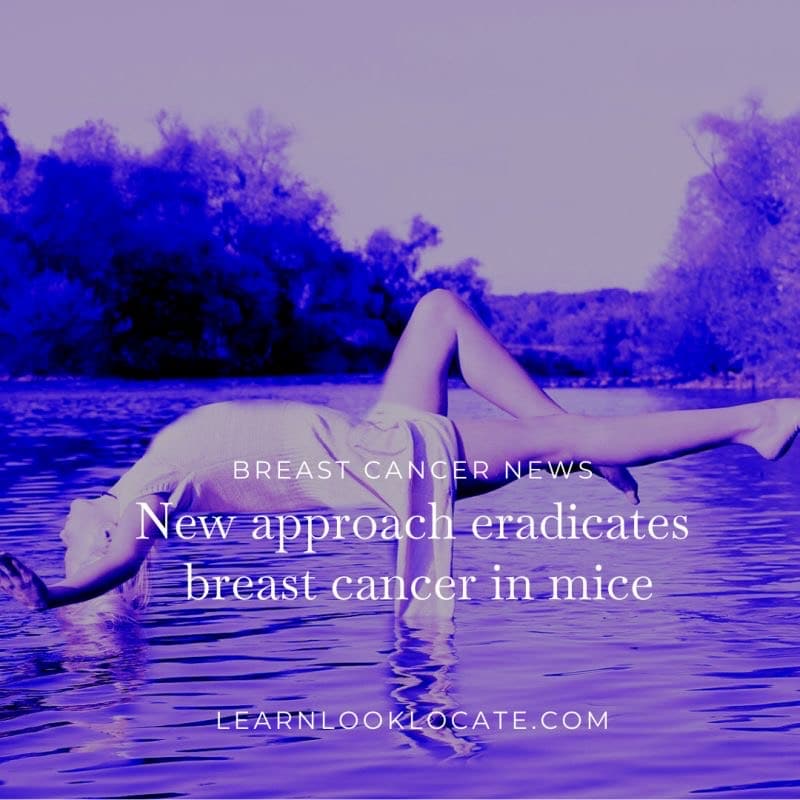 Such exciting news!! — A new approach to treating breast cancer kills 95-100% of cancer cells in mouse models of human estrogen-receptor-positive breast cancers and their metastases in bone, brain, liver and lungs. The newly developed drug, called ErSO, quickly shrinks even large tumors to undetectable levels.
Led by scientists at the University of Illinois Urbana-Champaign, the research team reports the findings in the journal Science Translational Medicine.
“Even when a few breast cancer cells do survive, enabling tumors to regrow over several months, the tumors that regrow remain completely sensitive to retreatment with ErSO,” said U. of I. biochemistry professor David Shapiro, who led the research with Illinois chemistry professor Paul Hergenrother. “It is striking that ErSO caused the rapid destruction of most lung, bone and liver metastases and dramatic shrinkage of brain metastases, since tumors that have spread to other sites in the body are responsible for most breast cancer deaths,” Shapiro said.
The activity of ErSO depends on a protein called the estrogen receptor, which is present in a high percentage of breast tumors. When ErSO binds to the estrogen receptor, it upregulates a cellular pathway that prepares cancer cells for rapid growth and protects them from stress. This pathway, called the anticipatory Unfolded Protein Response, or a-UPR, spurs the production of proteins that protect the cell from harm.
“The a-UPR is already on, but running at a low level, in many breast cancer cells,” Shapiro said. “It turns out that this pathway shields cancer cells from being killed off by anti-cancer drugs.”
Shapiro and former U. of I. medical scholar Neal Andruska first identified the a-UPR pathway in 2014 and reported the development of a compound that pushed the a-UPR pathway into overdrive to selectively kill estrogen-receptor-containing breast cancer cells.
“Because this pathway is already on in cancer cells, it’s easy for us to overactivate it, to switch the breast cancer cells into lethal mode,” said graduate student Darjan Duraki, who shares first-author status on the new report with graduate student Matthew Boudreau.
While the original compound prevented breast cancer cells from growing, it did not rapidly kill them, and it had undesirable side effects. For the new research, Shapiro and Hergenrother worked together on a search for a much more potent small molecule that would target the a-UPR. Their analysis led to the discovery of ErSO, a small molecule that had powerful anticancer properties without detectable side effects in mice, further tests revealed.
https://bit.ly/2TruErP
admin2022-01-18T06:31:44-05:00