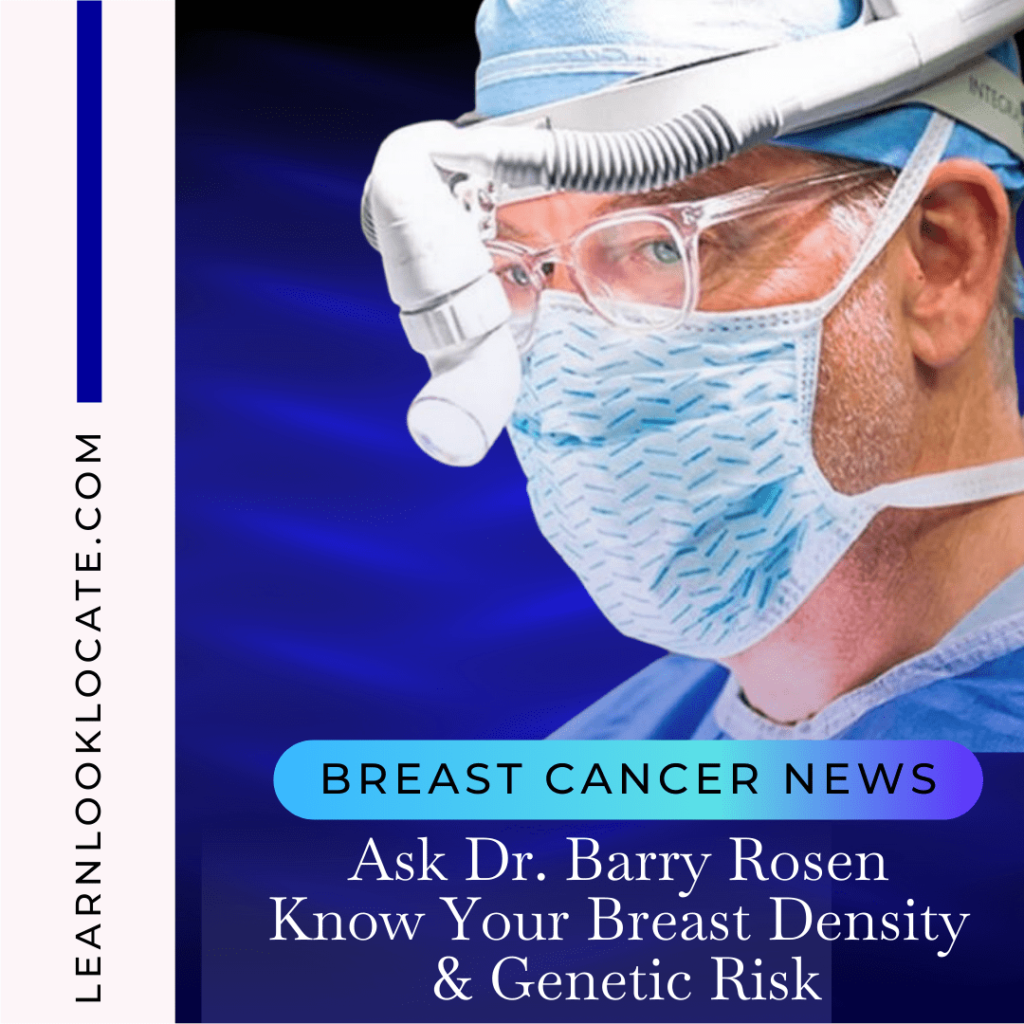 “There are a lot of misconceptions about breast cancer,” Rosen says. “Studies indicate that, for women who have annual mammograms from age 40 to 75 and are diagnosed early, the chance of a cure is about 90 percent.”

The sticking point is that too many women don’t understand the role that breast tissue density plays in accurately diagnosing cancer.

“It’s more complex than patients realize,” says Rosen. “About 50 percent of women have moderate to extreme density, and that directly affects our ability to see cancerous growths with mammograms alone. They need to know the A-B-C-Ds of breast density along with the other signs and symptoms.”

Rosen explains that, for women with A and B density ratings, finding a cancerous growth too small to be felt is still feasible with a simple mammogram. However, when her density falls into the C and D range, mammograms can miss small, cancerous growths about 25 percent of the time.

“For women with C and D density, we now back up mammograms with supplementary imaging including ultrasound or MRI screening,” Rosen says. “We consider women with C and D density – roughly 50 percent of patients – as high risk and we scan them appropriately. Insurance companies were reluctant to pay for these extra tests in the past, but now they approve them routinely as both preventative and diagnostic procedures.”

Rosen adds that genetic testing is another advance in catching breast cancer. A simple blood test can determine whether or not a patient has hereditary factors that might predispose them to developing breast cancer in the future.

“A surprising three-fourths of diagnosed cases are environmentally based,” Rosen says. “But we don’t overlook the potential for heredity as a cause. And sadly, most women who are diagnosed were not screened or identified for hereditary causes.”

Screening for the BRCA1 and BRCA2 genes can help identify patients who are potentially vulnerable to breast cancer. These two genes are important in fighting the disease, according to the Centers for Disease Control and Prevention (CDC); a positive test indicating the presence of these mutated genes may help to foresee breast cancer.
“These tests used to be expensive,” Rosen explains. “But a 2013 anti-monopoly decision, plus lower costs, brought them down to $250, with most insurance companies covering the cost.”

Patients who test positive for BRCA1 and BRCA2 may have mammograms once a year, plus breast MRI screening once a year, offset every six months.
“We have also discovered many other mutations other than BRCA associated with cancer risk. If one was tested for BRCA in the past and was negative, it may be appropriate to re-test,” Rosen adds.

Should some of these indicators appear, one way to minimize the risk of breast cancer is with a preventative mastectomy?

“It’s not for everyone. The decision to perform this surgery takes into account a woman’s age, hereditary risk, and other family members’ experiences,” Rosen says. “But it’s not an easy decision because of the emotional impact this creates. However, we have come a long way with reconstructive options.”

The odds of surviving breast cancer have come a long way through regular screening and innovative treatment that maximizes effectiveness while minimizing side effects.