Laughter is the Best Form of Therapy

It was about a week after my bilateral mastectomy; a Saturday… the “weekend and normally that would have felt special but for me everyday was Saturday…without the “special”. I had been feeling a bit stronger every day although I tired very easily. In fact I had just woken up from a three hour nap. Before my surgery, I was lucky to sleep three hours straight a night let alone sleeping in the middle of the day…and that’s having done absolutely nothing. Crazy. People said, take advantage…don’t fight it. Trust me, I couldn’t have fought it if I tried.

I was hoping that the day would be nice so I could sit outside for a few hours to get some fresh air and enjoy the garden. No such luck. It was cold and rainy….crap. I had to get out of my room for a change of scene so I gingerly made my way downstairs to the couch and turned on Netflix. My brain was still too fuzzy to follow any kind of detailed story line so I looked for a light comedy to watch. Steve Martin and Martin Short had a special that I’d never seen. I really like both of them, especially Martin Short. He grew up in Hamilton, Ontario not far from where I live. The show was excellent and very funny. At first I tried to suppress my laughter as to be honest, it hurt to laugh. But after awhile I gave up and just let the laughter wash over me. Screw the pain I needed to laugh. I followed that show with a Jerry Seinfeld special. I was on a roll.

For two and a half hours I let myself be entertained. I let myself escape into a world that had nothing to do with hospitals, doctors, medications, drainage tubes, sutures and bandages, and CANCER. I just let myself feel and react without thinking. I realized that all the pain I’d been experiencing had been ruling my life. Everything I did was affected by it because everything I did hurt. Don’t get me wrong, I hadn’t been lying around moaning and groaning. Feeling sorry for myself was not in the picture. I didn’t let pain or anything keep me down, but it was exhausting mentally and physically having to think about every move I’d make. My brain had been focusing on nothing but my body and how to manage to perform even the simplest of tasks. Just brushing my teeth was an event as leaning over the sink hurt, squeezing the toothpaste hurt, lifting my hand to my mouth to rinse hurt. Basically, every fu#king thing hurt!

So that day, when I watched Steve, and Martin, and Jerry perform their antics and tell their stories I laughed. It made my chest ache. It pulled at my sutures and tugged at my drains. It hurt and it felt SO good! 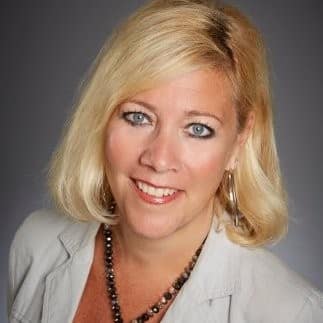 MORE ABOUT THE AUTHOR

“The most important thing is to live a fabulous life. As long as it’s fabulous, I don’t care how long it is.”