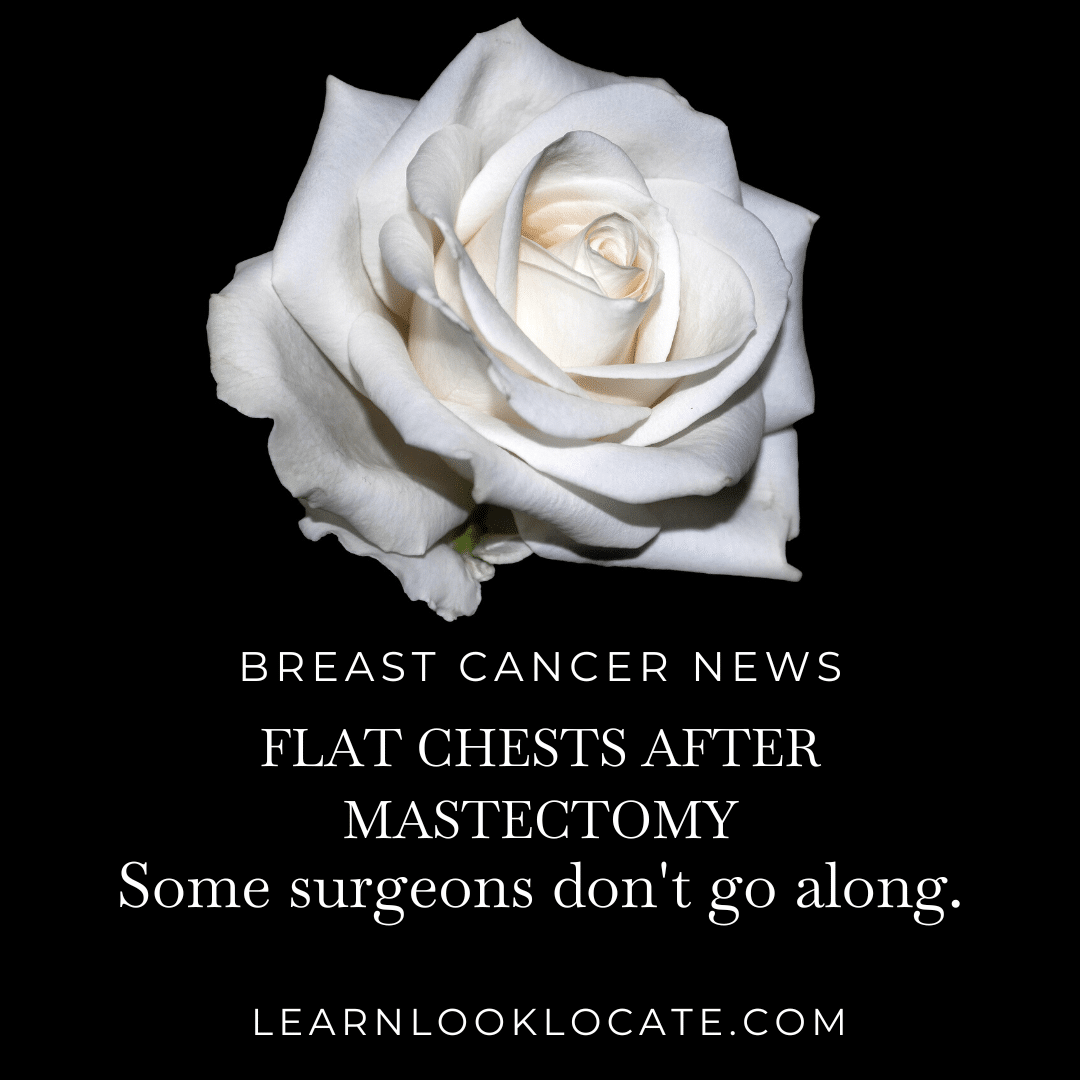 “Some women want flat chests after mastectomy. Some surgeons don’t go along.”

Several of those who sought the procedure say they got pushback — and outright denial — from their doctors when they brought it up . Amazing article from The Washington Post. We need to continue to work together and making our voices heard!
During her training as a breast surgeon, Deanna Attai, an associate professor at UCLA’s David Geffen School of Medicine, read studies and heard mentors say that women who opted against breast reconstruction after a mastectomy generally had a lower quality of life.

But Attai found that didn’t jibe with what she was had been seeing online in the past few years: Facebook groups with names such as “Not Putting on a Shirt” and “Flat and Fabulous” that included many hundreds of women’s happy stories — and photos — about their choice to have an “aesthetic flat closure,’’ the term used by the National Cancer Institute starting in 2020, and forgo breast reconstruction.

So Attai did her own survey of close to 1,000 women who’d had a single or double mastectomy without reconstruction. Published last year in Annals of Surgical Oncology, it found that close to three-quarters of the women said they were satisfied with the outcome.

No government or organization tracks the number of flat closures each year. According to the National Breast Cancer Foundation, close to 277,000 cases occurred of invasive breast cancer in 2020 in the United States. The American Society of Plastic Surgeons, reported that about 140,000 mastectomies were done that year, about half of which involved further reconstructive surgery. Click here for full article.

Such an important topic and that is why I spent an hour interviewing Founder of Not Putting on a Shirt to help educate us all on our rights when getting a mastectomy and wanting to go flat! Go see new page on website under EDUCATE tab, Breast Reconstruction-Aesthetic Flat Closure.