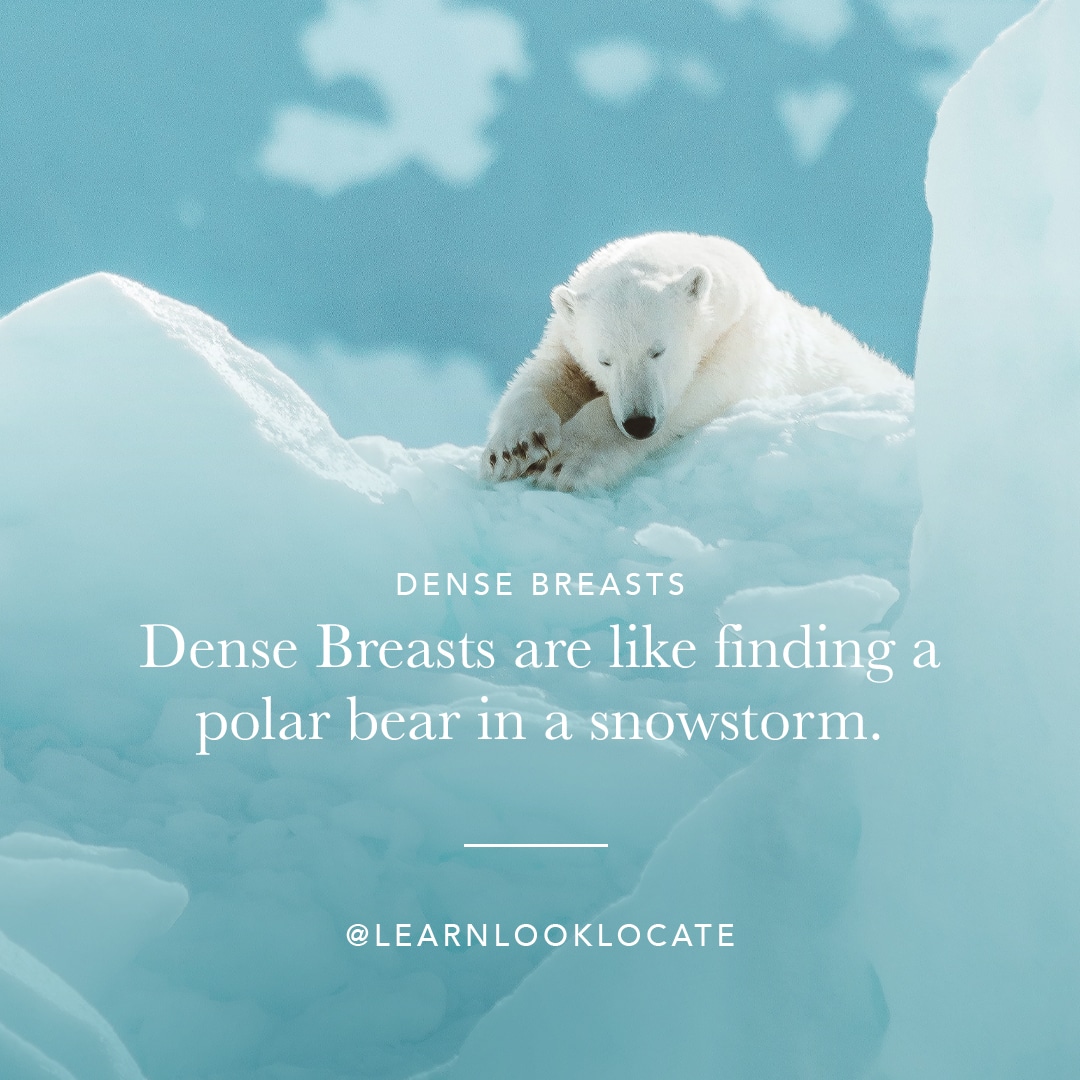 “Breast density is one of the strongest predictors of the failure of mammography screening to detect cancer – It’s like looking for a polar bear in a snowstorm!”

“Feb. 3, 2004, my life changed when I heard those dreaded words, “You have cancer.” I asked what most women would ask – “Why didn’t the mammogram find my cancer?” It was the first time that I was informed that I have dense breast tissue & its impact on missed, delayed, & advanced-stage cancer. What is dense tissue, I asked? Dense tissue appears white on a mammogram and cancer appears white – thus there is no contrast to detect cancer. I asked my physicians (now I had a TEAM of them) why wasn’t I informed that I have dense breast tissue & that mammograms are limited in detecting cancer in women with dense breast tissue? The response was “it’s not the standard protocol.” So I went on a quest – for research – & I discovered for nearly a decade BEFORE my diagnosis, 6 major studies with over 42,000 women concluded that by supplementing a mammogram with an ultrasound increases detection from 48% to 97% for women with dense tissue!

I also learned that women with extremely dense tissue are 5x more likely to have breast cancer when compared with women with fatty breasts & that research on dense breast tissue as an independent risk factor for breast cancer has been studied since the mid-’70s. Women with dense breast tissue have double jeopardy – a greater risk of having cancer & are less likely to have cancer detected by mammography alone. I endured a mastectomy, reconstruction, 8 chemo treatments, and 24 radiation treatments. The pathology report confirmed – stage 3C cancer – because the cancer had traveled outside of the breast – to my lymph nodes. 18 lymph nodes were removed & 13 contained cancer – & REMEMBER – a “normal” mammogram just weeks before. Is that early detection?” ⁠
⁠
Thank you, Nancy, for all your hard work in helping educate us! I was also told I had dense breasts & had no idea how lucky I am that they caught my tumor. I will continue to raise awareness & share your story with mine!