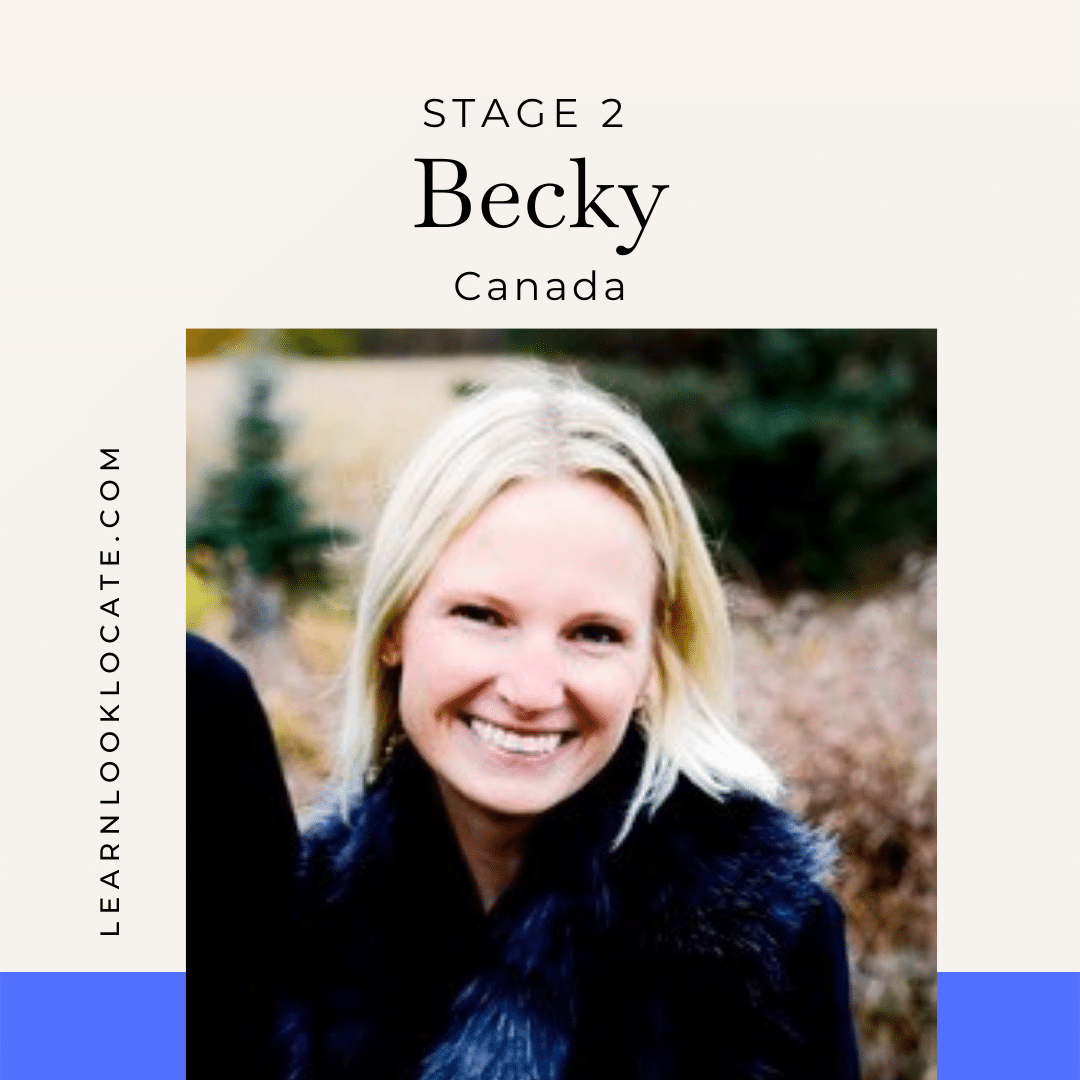 “My name is Becky. I have four daughters 10 years old and under. I was 38 years old, and still breastfeeding my youngest, when I found a very small lump. My mom was going through breast cancer treatment at the time and I figured that it wouldn’t hurt to start performing self-exams.⁠⁠”

I didn’t expect to find anything! I was so relieved when I saw my family doctor because she didn’t think it was anything to worry about. She did send me for an ultrasound just to be sure. The radiologist thought it was probably benign and I was told to go back for a follow-up scan in six months. I went back to my family doctor in four months because the lump had continued to grow. She sent me for another ultrasound which also indicated that the lesion was likely benign.⁠
⁠
I was told yet again to return in another six months for a follow-up scan. I went back to my family doctor for the third time, three months later. This time I was referred to a breast clinic where they did an ultrasound, mammogram, and biopsy. The lump was 0.7cm when I first found it, now seven months later it was 2.7cm.

I was diagnosed with Triple Negative, Stage 2, Grade 3, Invasive Ductal Carcinoma. I was advised to have a lumpectomy followed by chemotherapy and radiation. Half way through chemo I found out that I have a BRCA1 mutation which meant more surgery – bilateral mastectomy and a total hysterectomy with bilateral salpingo-oophorectomy. I also joined a year-long clinical trial and opted for reconstructive surgery. It’s been a long journey but I am currently cancer free! ⁠
⁠
Treatment was hard but accepting my new normal has been a challenge too. I just started an Instagram account @cancerchangeseverything to share my recovery journey, shed light on the aftermath of breast cancer, and to connect women with others who have experience and/or have knowledge about this disease. ⁠
⁠
What I want women to remember is this: You know your body best. Always trust your gut and advocate for yourself!