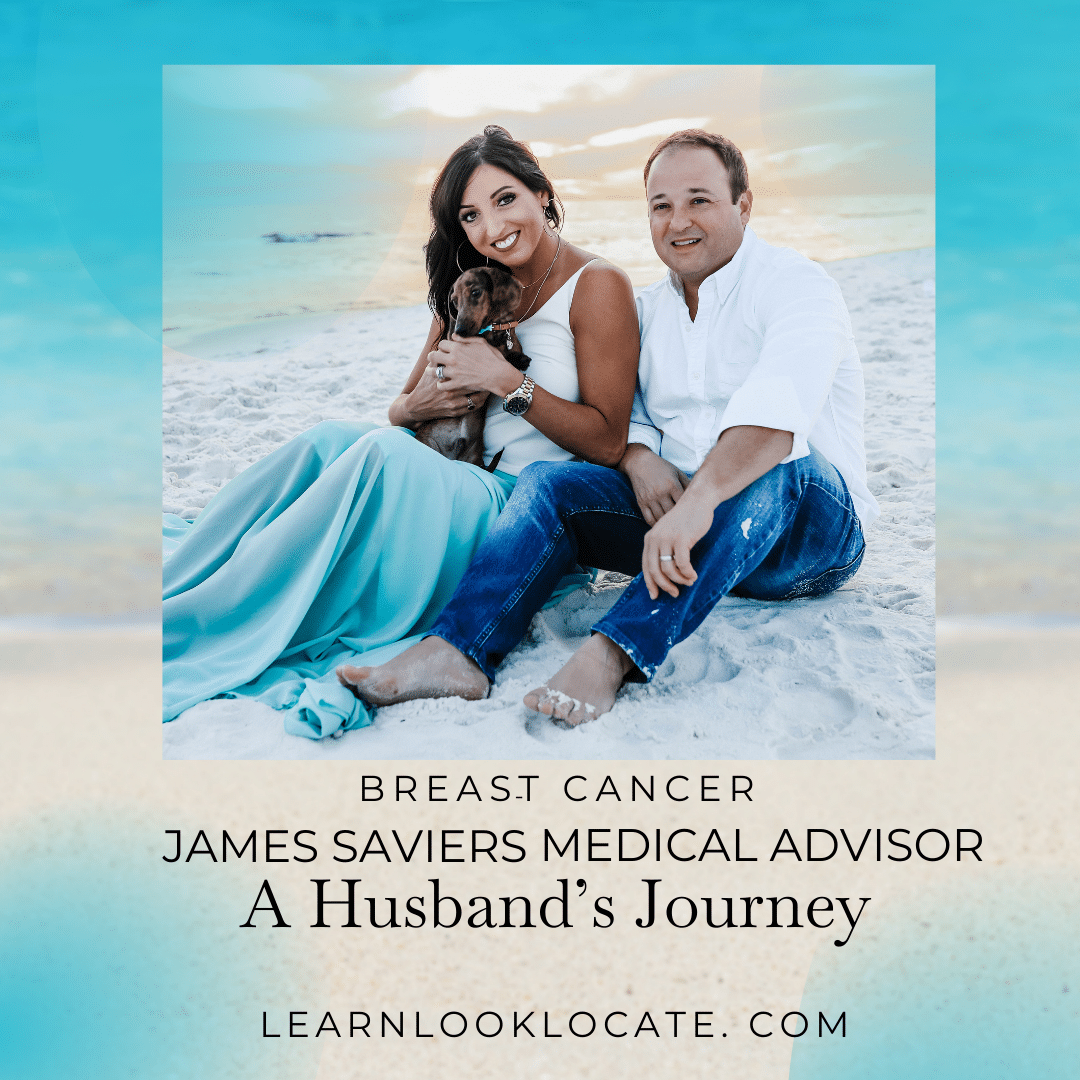 A Husband’s Journey Through his Wife’s Diagnosis

Our very own Medical Advisor for Lymphedema -journal entry.

December 1, 2021:
Today we met with the surgical oncologist. We received a lot of information. Again, education is the key to processing life altering news. The surgeon spent a great deal of time discussing options with us and we are both so very grateful. The plan is to leave the tumor in place so we can be sure the chemo therapy agents are working. This is referred to as neoadjuvant chemotherapy (before the primary intervention, which is surgery). She explains that we could go ahead and remove the cancer with surgery, but then we would be unsure if a systemic treatment, such as chemotherapy, is effective at killing her particular cancer. Unfortunately triple negative breast cancer does not always respond to chemotherapy.

In order to be sure there is no metastasis beyond the primary tumor she will have a sentinel lymph node biopsy (SLNB) on Friday followed by a PET scan next week. Talk about no time for processing. We both can’t decide if lack of processing is a good thing? The sentinel lymph nodes are the first few lymph nodes into which a tumor drains. A SLNB is a surgical procedure where a radioactive tracer is injected into the tumor. An incision is then made under the arm and the lymph node closest to the tumor is located, surgically removed, and sent to pathology. If the sentinel nodes are free of cancer, then cancer is unlikely to have spread, and removal of additional lymph nodes is unnecessary.

We discuss cold capping, which is a type of device worn on the head to counteract hair loss during chemotherapy. Cold gloves and cold socks can also be worn during chemotherapy to reduce neuropathy in the fingers and toes. There are so many therapies that can be helpful to prevent the side effects associated with chemotherapies. This is the primary reason I’ve chosen to document and share this journey. Tomorrow we meet with the medical oncologist.

December 2, 2021:
The meeting with the medical oncologist is extremely sobering. 16 chemotherapy infusions which will start in 3 weeks. The plan is for her to receive a combination of 2 chemotherapy drugs Taxol and Carboplatin once a week for 12 weeks and an immunotherapy drug called Keytruda once every 3 weeks. This will be followed up with Adriamycin and Cytoxan once every other week for a total of 4 treatments and continuing with Keytruda once every 3 weeks. She will then have surgery which will probably consist of a double mastectomy. After surgery she will continue receiving Keytruda infusions and start Olaparib to target the BRCA gene mutation.

Systemic chemotherapy drugs including Taxol, Carboplatin, Adriamycin, and Cytoxan are designed to attack rapidly growing and dividing cells in the body. Unfortunately other, healthy cells are also rapidly growing and dividing such as hair, fingernails, and nerve cells. For this reason the side effects of such drugs include hair loss, changes to fingernails, and neuropathy. See my previous discussion regarding the use of cold capping, cold gloves, and cold socks to reduce the symptoms associated with systemic chemotherapy.

Cancer has a way of hiding from our immune systems. Keytruda attaches to the surface of cancer cells marking them for destruction by the body’s immune system. While Keytruda only targets specific cells and may cause less toxicity to healthy cells, there are still some side effects including GI inflammation, reduced blood counts, dermatitis, neuropathy, and arthritis.

Olaparib is a PARP enzyme inhibitor. PARP enzymes are involved in DNA transcription, cell cycle regulation, and DNA repair. If your brain just shut down you’re not alone. Basically this oral drug attacks the DNA in BRCA 1 and 2 deficient tumor cells and prevents the DNA from being repaired ultimately resulting in cell death. Pretty cool! There is of course a very extensive list of side-effects for this drug.

We also discuss fertility and receive a referral to a fertility clinic due to the fact that chemotherapy can damage the ovaries and accelerates egg loss. Cytoxan is known to kill ovarian cells and eggs will not regenerate. The oncologist tells us about Zoladex, which is a subcutaneous injection given once a month. The drug works by inhibiting the production of luteinizing hormone by the pituitary gland and therefore stops the release of estrogen by the ovaries. This will essentially put her into early menopause and hypothetically protect her ovaries. We’ll speak with the fertility Dr. on December 8th to discuss harvesting eggs.

As I said, a very sobering meeting. It makes us realize the long road ahead and just how much we don’t know. Tomorrow is her sentinel lymph node biopsy and port placement.

December 3, 2021:
My wife arrives at the breast center at 8:30 am where she receives a radioactive tracer injection to assist with finding the sentinel lymph node during her biopsy this afternoon. An injection is given to numb the area and overall she describes very little pain.

She arrives at the surgery center and is taken back for preparation. I’ve brought a compression bra similar to the one I fit her for following the biopsy last week. It seems like it was 2 months ago. The bra is one size smaller and will be used to reduce bruising, edema, and therefore assist in the healing process. The bra will also reduce the chances of seroma formation. A seroma is an encased fluid filled area that forms after tissue is removed. I am able to go back and sit with her prior to entering the operating room. The surgeon stops by to say hello and explains the procedure. The anesthesiologist also stops by to discuss his part in the procedure. A nurse eventually comes in and tells us she’s ready for surgery. It is nearly 3 pm and she still hasn’t eaten anything all day.

The surgeon calls me about an hour later and lets me know the procedure was successful. She has surgically inserted a PowerPort into the left subclavian vein and sewn it into place thus reducing movement restrictions required to keep the implant from moving under the skin. The port will allow the medical team to give intravenous (IV) medications, IV fluids, take blood samples, and if necessary give medications continuously for several days. Most importantly it reduces the need to constantly access the veins of the arm. My wife hates needles!

I am able to see her in recovery about an hour later where I help her get into the new compression bra. It is recommended for the bra to be worn for the next 6 weeks while the incision heals. Besides some nausea and discomfort she has tolerated the procedure very well. My wife is incredibly strong and brave!